Please support the Department of History

We depend on the generosity of our alumni and friends to help our historians bring new knowledge to light. Donations directly to the department or to either of the two funds described here would be deeply appreciated.

This fund allows the chair of History meet the scholarly needs of our historians—students and faculty—that would otherwise go unmet.

Help us build an endowment to support critical research on the African American experience in America. Prof. Franklin taught at Chicago from 1964 to 1985. President Clinton awarded him the the Medal of Freedom, the highest civilian honor in the United States, in 1995.

As a student of history, I have attempted to explain [slavery] historically, but that explanation has not been all that satisfactory. That has left me no alternative but to use my knowledge of history, and whatever other knowledge and skills I have, to present the case for change in keeping with the express purpose of attaining the promised goals of equality for all peoples.

—J.H.F. on receiving the John W. Kluge Prize for the Study of Humanities in 2006. 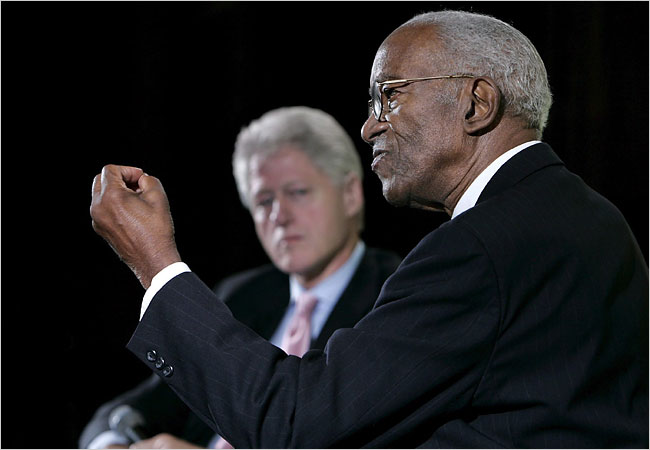