Adam Woodhouse is a Collegiate Assistant Professor in the Social Sciences and a Harper-Schmidt Fellow in the Society of Fellows in the Liberal Arts at the University of Chicago. He is also an affiliate faculty member of the Department of History and the Department of Political Science. His primary research interests are in late medieval and early modern European intellectual history, political thought, and political philosophy. His doctoral dissertation, which he is currently revising for publication as a monograph, examines conceptions of empire and imperial subjection in the republican thought of the Italian Renaissance. The project culminates in a reconstruction in its intellectual and ideological contexts of Niccolò Machiavelli’s theory of empire. Another line of his research is concerned with the place of money and other species of property in debates about sovereign power from classical antiquity to the early modern period.

A. Woodhouse, “Subjection without Servitude: The Imperial Protectorate in Renaissance Political Thought,” Journal of the History of Ideas 79.4 (2018): 547-69.

Review of Y. Winter, Machiavelli and the Orders of Violence (Cambridge: Cambridge University Press, 2018). Theoria: A Journal of Social and Political Theory 66.161 (2019) (forthcoming). 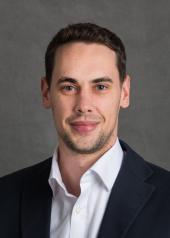