Strategies of Resistance: Cretan Archaeology and Political Networks during the Late Nineteenth and Early Twentieth Century

Amy Genova studied abroad as an undergraduate in Athens, Greece, and has since excavated in the Peloponnese and served as a teaching assistant for the Sicilian-Scandinavian Project in Salemi, Sicily, for three field seasons. In 2009, she received her master's degree from Northern Illinois University with her thesis, "If Houses Could Talk: A Comparative Analysis of Elymian Houses in Northwestern Sicily with Vernacular Structures of Greece and Anatolia." At the University of Chicago she has expanded her research to focus on critical approaches to disciplinary histories and the historical reception of classical studies. Particularly, Genova approaches how the archaeological record and ancient historical texts have a continued impact on modern populations. Her dissertation, "Strategies of Resistance: Cretan Archaeology and Political Networks during the Late Nineteenth and Early Twentieth Century," discusses the relationship between archaeologists, politicians, and cultural intellects during Crete's unification with Greece in 1913 and focuses on archaeology as a strategy of resistance.

During 2015–16, Genova conducted dissertation research in both Heraklion, Crete, at the Archaeological Museum Archives and the Vikelaia Municipal Library and Archives, and in Greece, at the Gennadius Archives of the American School of Classical Studies at Athens. During 2017–18, the American School of Classical Studies at Athens named her an M. Alison Frantz Fellow (formerly known as the Gennadeion Fellow in Post-Classical Studies) to support completion of the dissertation and to begin a new project, "Heinrich Schliemann's Knossos: A Failed Proposition for the Excavation of a Lifetime." 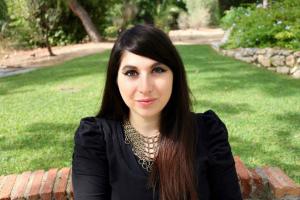