Neubauer Family Assistant Professor of US History and the College

Faculty Affiliate, Center for the Study of Race, Politics, and Culture

Destin Jenkins is the Neubauer Family Assistant Professor of History at the University of Chicago. He specializes in racial capitalism’s history and consequences for democracy and inequality in the United States. He earned his undergraduate degree from Columbia University (2010), and doctorate from Stanford University (2016). He has held fellowships at the Charles Warren Center for Studies in American History at Harvard University, and the Robert L. Heilbroner Center for Capitalism Studies at The New School.

His first book, The Bonds of Inequality: Debt and the Making of the American City (The University of Chicago Press, forthcoming), explores the paradox of municipal debt. At one level, debt remade distressed streets and crumbling sewage systems in ways that improved the overall quality of life in the postwar city. At another level, debt furthered what he calls the “infrastructural investment in whiteness,” an illicit white racial advantaged earned through the particular ‘work’ that whiteness performed at mid-century. In both cases, borrowing redistributed wealth upwards in ways that widened the wealth gap. The Bonds of Inequality uses San Francisco to open up larger, national questions about the history of capitalism, the built environment, and who rules in and over the city.

Destin Jenkins is also co-editor of the forthcoming volume, Histories of Racial Capitalism (Columbia University Press). His writings have appeared in The Washington Post, The Nation, Just Money, among other outlets.

Jenkins’s next project moves in the direction of crime and punishment to offer a social and political economic history of bail in the United States during the long twentieth century.

In addition to these offerings, he teaches on American history, urban/suburban history, comparative race and ethnicity, black internationalism, and historiography. 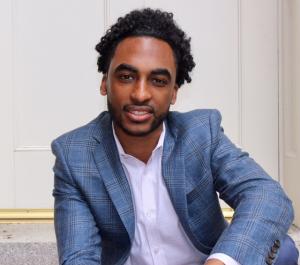