Geoffrey Traugh is a Harper-Schmidt Fellow in the Society Fellows and a Collegiate Assistant Professor in the Social Sciences, and an affiliate of the Department of History. Traugh is a historian of modern Africa, with interests in the history of decolonization, development, and the environment, as well as the world economy more broadly.

Traugh’s book manuscript, Wealth is in the Soil: Decolonization and the Reinvention of Development in Twentieth-Century Malawi explores how and why development went rural in post-colonial Africa. The book argues that with decolonization on the horizon, Malawian anti-colonial activists flipped the modernization framework from industry to agriculture to make the case for an independent, prosperous, and agrarian Africa. The book shows how this agrarian imagination inspired politicians, experts, and ordinary people alike in the early post-colonial era, and how it has continued to shape international development thinking even after the initial hopes of freedom have faded from view. He is also working on a second project on the history of capitalism in modern Africa. The project examines how foreign firms worked with states and donors to turn colonial legacies into comparative advantage, breathing new life into racialized forms of accumulation across the continent and on a world scale.

Traugh received his PhD in History from New York University. Before coming to the University of Chicago, he was an Assistant Teaching Professor at Georgetown University.

“The Peculiarities of Capitalism: Frederick Cooper on Africa and the World Economy,” History in Africa 47 (2020): 83-93.

“Building a Nation of Farmers: Economic Man and Expectations of Development in Postcolonial Malawi,” Politique Africaine 145, 1 (2017): 27-49. (In French translation). 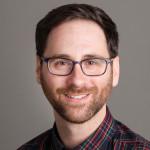