Did the Body Have a Cold War? Gendered Bodies and Embodied Experiences in Late Socialist Czechoslovakia

I am a historian of gender, sexuality, and the body in 20th century Europe. My current book project focuses on the gendered body culture in Czechoslovakia in the period between the Prague Spring and the collapse of communism in 1989, exploring the ways in which the growth of consumerism and support for the nuclear family led to the mobilization of essentialized notions of gender. By examining the beauty industry, abti-obesity discourses and dieting practices, it illuminates how essentialized notions of gender were mobilized in the name of socialist modernity and familial stability, and demonstrates that phenomena commonly associated with Western consumer societies developed in the East. Drawing on a variety of primary sources, ranging from archival documents, expert journals and popular magaines, to oral history and personal documents, the project argues that these changes were driven by medical experts and the population, rather than the Communist Party.

Oral history interviews with Anna Neuwirthová and Milena Filipová, Ordinary People...?! A Look Into the Lives Of the So Called Silent Majority. Biographical Stories of Members of Working Class and Intelligentsia. Vaněk, M. (ed.), Prague: Academia (2009). 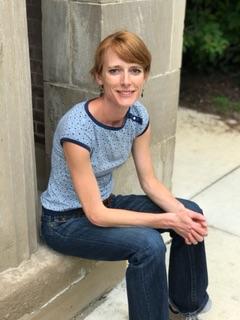