Alison Winter, professor of History, the Conceptual and Historical Studies of Science, and the College, died on June 22. She was fifty years old. Her research encompassed the history of sciences of mind, the history of modern medicine, modern British history (especially the Victorian era), and historical issues of gender. Emilio Kourí, chair of the Department of History, expressed the feelings many: “We will all miss her uncommon intelligence, her boundless curiosity, and her joie de vivre.”

Winter’s interest in the history of science began as an undergraduate at the University of Chicago in the 1980s. She combined the study of the brain (neurobiology and neuroethology) with the study of the mind (Freud, William James, metaphor, history, and philosophy). Winter graduated with honors from the program in History, Philosophy, and Social Studies of Science and Medicine with a thesis on gender and genetics. Robert Richards, PhD’78, Morris Fishbein Distinguished Service Professor, says her father, a University of Michigan mathematician, wanted her to major in science, but she was interested in literature. The compromise was the history of science.

Winter received the MPhil (1991) and PhD (1993) from the University of Cambridge. Her dissertation on mesmerism was published by the University of Chicago Press in 1998 as Mesmerized: Powers of Mind in Victorian Britain. The Victorian Studies Association, the North American Council on British Studies, and the Society for Clinical and Experimental Hypnosis honored the book with prizes. Alex Owen in Victorian Studies called the book a “tour de force,” saying: “Winter forces a reevaluation of precisely what constituted ‘center’ and ‘margin’ during a period in which many Victorian intellectuals and public figures experimented with mesmerism, and the boundaries of scientific and medical orthodoxy were not yet clearly established. Indeed, it is Winter’s contention that the contest over the meaning and practice of mesmerism was itself part of a broader cultural negotiation of questions of intellectual and scientific legitimacy.”

Winter taught at Cambridge and the California Institute of Technology before returning to the University of Chicago in 2001.

The Guggenheim, Andrew W. Mellon, and National Science foundations awarded Winter fellowships to research her second book, Memory: Fragments of a Modern History (2012). Memory received a Gordon J. Laing Prize in 2014 for most distinguished book published by the University of Chicago Press. Daniel Kevles of Yale University called the book an “original history of the intertwined theories of memory and attempts to recall past experience. Winter writes with engaging discernment about the clinic and the courtroom, trauma and therapy, neuroscience and neurospeculation.” In a 2012 Australian Broadcast Corporation interview Winter discussed how scientists groped for metaphors to explain “such an elusive thing” as memory, and how these metaphors evolved in the twentieth century to reflect changing technology—from memory as a filing cabinet to a photograph to the rewind button on a tape recorder. Hearkening back to her undergraduate curiosity to combine ideas from the sciences and humanities, Winter explained: “We are remaking how we think about the mind and the brain… I think it’s an extraordinarily interesting time right now because so many different fields are talking to each other in ways that they never did before.”

Winter taught historical topics in ethics to medical students and enjoyed welcoming undergraduates and graduate students into intensive seminars on Victorian science or the uses of film in the sciences. Each year she taught Science, Culture, and Society in Western Civilization, which was the same core sequence she had taken as a student in the College. She served on thirteen dissertation committees in the Department of History, the Committee on Conceptual and Historical Studies of Science, and the Pritzker School of Medicine. Caitjan Gainty, PhD’12 (history), lecturer in the history of science, technology, and medicine at King’s College, said of Winter: “She had confidence in me as a scholar before I even understood what it meant to do that kind of work.”

A memorial service for Alison is planned for autumn quarter.

(Mark Peter gathered reminiscences from Profs. Richards and Gaintry that are included here.) 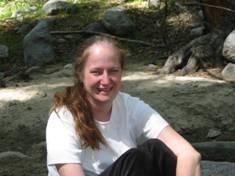