What do UChicago history majors do after graduation? For Michael Modak-Truran (AB'16), the answer is consulting, documentary filmmaking, and law school. Modak-Truran, who is currently at New York University Law School, told us about his career over the phone. His responses have been edited for length.

What did you do after graduation and where are you now?

Right after graduation, I worked for a not-for-profit consulting firm called Civic Consulting Alliance. It was a great opportunity to work on many pressing issues in Chicago. We did projects on topics like economic development, increasing access to jobs, and coordinating strategies to fight gun violence.

I worked there for a little over a year, then had the opportunity to write and direct a documentary about William Faulkner for his literary estate. That was a very different career path than consulting, but I have been making films since I was young and am fascinated by the intersection of history and art. During my research for the film, I ended up using the skills from my history degree quite a bit and visited six or seven archives related to Faulkner. The project also took me to Japan, since he had a large following there.

I applied last year to law school, after enjoying many of the more legal and business aspects of the film. I’m hoping to keep working in the entertainment industry but on the legal side of things, potentially in some sort of legal-creative combined role.

What are your most vivid memories of studying history at UChicago?

My favorite class was with Professor [Jan] Goldstein on 17th- and 18th-century European history. One of my most vivid memories was when we wrote histories based on primary sources from all different levels of society leading up to the French Revolution. I enjoyed the experience of poring over very specific words in those documents and trying to capture people’s perspectives, their demands for change, and their hopes for society. It was really meaningful to work with documents in that way because I love thinking about stories and how they come together.

I had a similar experience when I was writing my thesis about Humphrey Jennings and especially liked working with the Mass Observation archives. (I had to travel to England to use them, but the UChicago Library has since bought them; I told them how great they were!) It truly gave me a sense of how documentary filmmaking works in a liberal society and how that compares to what Nazi filmmakers were doing in Germany.

How do you use your history degree in law school?

I think the process of reading case law can benefit from historical thinking. In my criminal law class, especially, my background in history gave me a way to think critically about case evidence and to reflect on the process by which we come up with “facts” in the legal record.

Do you have any advice to provide to current history students?

Take as many history classes as you can and really try to get to know your professors! The department is so strong and there’s such a broad range of faculty.

To learn more about what history alumni do with their careers, check out our other spotlights on Stephanie Ban, who is at the Great Lakes Credit Union; Regina Wen, at SeatGeek; Rose Berman, at Harvard Medical School; and Sonia Gaur, at NBC Universal. 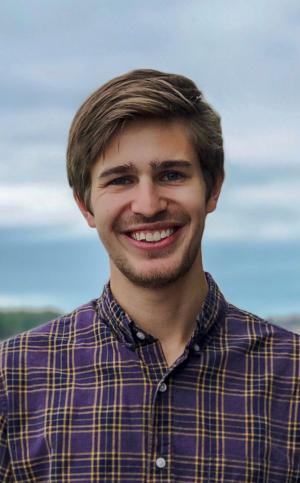