Kenneth Pomeranz, University Professor of Modern Chinese History and in the College, has been awarded a Dan David Prize. Each year, the Dan David Foundation of Tel Aviv University awards three $1 million prizes, which "recognize and encourage innovative and interdisciplinary research that cuts across traditional boundaries and paradigms." Pomeranz shares this year's "Past Time Dimension" prize with Sanjay Subrahmanyam, Distinguished Professor and Irving and Jean Stone Endowed Chair in Social Sciences, University of California, Los Angeles. 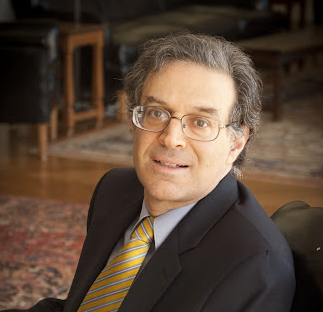 "The news was a wonderful surprise,” Pomeranz says. "It’s still too soon to know how it will help my work moving forward, but I can already imagine many possibilities.  Meanwhile, it is a wonderful honor; the list of earlier winners is full of people who have made extraordinary contributions to understanding our world." Recipients also donate 10 percent of the prize to doctoral and postdoctoral scholarships for research in their field to foster a new generation of scholars.

Pomeranz studies the influences of state, society, and economy in late Imperial and twentieth-century China. He also examines the origins of the world economy and the impact of cultural and geographic differences on economic development. Pomeranz's The Great Divergence: China, Europe, and the Making of the Modern World Economy (Princeton, 2000) redefined how scholars explain the rise of industrial Europe compared to that of Asia. It was awarded the American Historical Association's John K. Fairbank Prize in East Asian History, an honor also bestowed on his The Making of a Hinterland: State, Society, and Economy in Inland North China, 1853–1937 (Berkeley, 1993). In 2012, Pomeranz joined the faculty of the Department of History in 2012 as a University Professor, which is the university's highest faculty honor. Pomeranz's research was influenced by William McNeill, AB'38, AM'39, Robert A. Millikan Distinguished Service Professor Emeritus of History, who taught at Chicago from 1947 through 1987 and who authored The Rise of the West: A History of the Human Community. Pomeranz says of McNeill: "He was one of the first professors of academic history to take a chance on this sort of work, looking beyond the histories of individual nations or regions."

Pomeranz thinks that receiving the prize as a macro historian acknowledges the value of taking a broad view of historical period or events. He noted that the study of macro history is not always recognized as a defined area of research because it spans such vast periods and places: "this affirmation is meaningful, and I am honored to be recognized in this way."

According to Paul Cheney, professor of European history and the College, “Ken is a global historian of the first water. He not only makes comparisons between distant regions of the globe, he sustains them over several centuries. This is what makes The Great Divergence such a tour de force." Cheney—who is currently co-teaching a course with Pomeranze on the economic history of the early modern world—went on to note that Pomeranz has a gift for comparing economic structures and processes across time and space: "When he writes and teaches on such an immense scale, it never feels forced or overly abstract. Through carefully posed questions, intriguing analytical puzzles, and telling facts he illuminates and enriches our understanding of the distant worlds that he puts into conversation with one another."

Past University of Chicago winners of the prize include Nobel laureate James Heckman (2016) and Visiting Professor Lorraine Daston (2018).

This is an edited version of a news article that first appeared on the divisional website.