On September 18–21, 2017, the group gathered in Regenstein Library's East Asian Collection to produce readable translations of sections of the legal code of the Qing Dynasty that convey the voice of the original document. Their work will become part of the Legalizing Space in China open-access depository. Established in 2011, the Legalizing Space project has gathered together around 450 titles on Chinese legal history of imperial times—Ming  (1368–1644) and Qing (1644–1912) legal codes with translations in English and French—and more than three thousand judical cases. 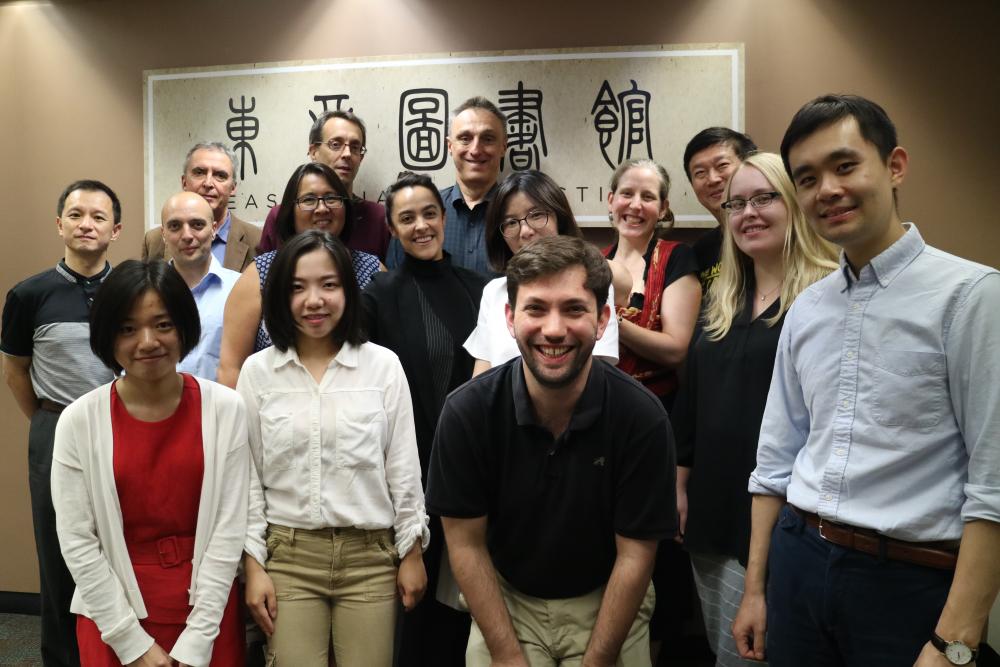 Following the methodology established by Legalizing Space, the Chicago participants broke into small groups to translate assigned statutes from the code and reconvened to discuss the challenges they encountered. Groups identified and defined key terms to add to the project's growing glossary, which will facilitate consistent translations in the future. In between translation sessions, participants shared details of their own research projects. In this way, the workshop both increased the group's collective knowledge of Qing legal history and provided insight into the future of this influential field of inquiry.

The Qing Code has a long history in the West. It was first translated into English by George Thomas Staunton in 1810 and quickly into French by Raynouard de Ste. Croix. The code "enjoyed a great success and influence over the enlightened public of Europe," according to Legalizing Space in China. The project is a boon to legal scholars, historians, and other students interested in the development of Chinese law over more than six centuries of dynastic rule.