A Warm Welcome to New Faculty in the History Department

The History Department welcomes three new faculty members this fall. They each bring fascinating research and specialized expertise in their fields to the department. We are excited that they chose to join the University of Chicago’s History Department and are looking forward to the new research angles, teaching approaches, and personal contributions they will all make to the department.

We want to introduce them to members and friends of the history department, so we have put together a summary of their academic biographies and a brief interview in which they answer one question about their research and another about personal interests. Please join us in welcoming them and enjoy their responses!

As a historian of modern Japan and East Asia, Yuting Dong is interested in questions on colonialism, history of labor and expertise, and environmental history. Two key questions driving her current book manuscript on Japan’s empire, colonial expertise, and technological exchanges in East Asia are: How did Japan build its urban empire in Manchuria? How did the empire obtain the essential knowledge to consolidate its rule in Northeast China?

In addition to her book manuscript, she is currently working on a second project that examines the commodification and politicization of air in Japan’s colonial empire. You can find her work in several journals including Technology and Culture, Modern Asian Studies (forthcoming), and International Journal of Asian Studies.

Dr. Dong graduated from Harvard University with a PhD in history in May 2021. She was an Academy Scholar at Harvard Academy before she joined the faculty at UChicago. Currently, she is serving as a Postdoctoral Fellow and will transition to an assistant professor in the History Department in Autumn 2023.

What do you love most about your work as a historian and why?

I love my work as a historian because history research is like watching Kurosawa’s famous film Rashomon. It is fascinating to read quite diverse understandings of the same event from different perspectives in various languages. I see through their eyes to unpack the past. These multiple narratives help me to understand the complicatedness and richness of history.

What are you most looking forward to discovering in Chicago?

I grew up in a rather cold part of China and have spent the past ten years in the north of the United States. I am looking forward to seeing what Chicago’s winter will be like.

Aaron Jakes is a historian of the modern Middle East specializing in the historical geography of global capitalism, comparative studies of colonialism and empire, and environmental history. In his research, he aims to achieve two main goals: to pursue and develop new approaches to the critical study of global capitalism and to produce and teach historical narratives that unsettle the longstanding tendency to treat the “rest of the world” as mere passive recipients of Eurocentric ideas and processes that originate elsewhere.

Dr. Jakes has published one monograph, Egypt’s Occupation: Colonial Economism and the Crises of Capitalism (Stanford, 2020), which explores both the political economy of the Egyptian state and the role of political-economic thought in the struggle over British rule in Egypt following the occupation of 1882. He is also the author of several articles, a selection of which can be viewed on his faculty profile. Professor Jakes is currently working on his second book project, tentatively titled Tilted Waters: The World the Suez Canal Made. The book will explore the many and shifting roles that the Suez Canal has played in the production of global inequalities.

Before joining the Department of History, he was assistant professor of historical studies at The New School in New York City. He has also held fellowships at Yale University’s Program in Agrarian Studies and George Washington University’s Institute for Middle East Studies.

What is one research question you plan to advance this year?

Over the next few years, most of my research is going to revolve around my next book, a long history of the Suez Canal’s place in the production of global inequalities from roughly the end of the eighteenth century to the present. The project is sprawling enough that it contains a good many smaller research tasks and questions. During the coming year, I’m planning to focus on a point at which the historiography on the Canal began to shape the history of the Canal. As many prior histories of the waterway have noted, the early phases of its excavation relied heavily on the labor of tens of thousands of Egyptian peasants who had been conscripted through the institution of the corvée—a kind of tax in labor time—and whose labor was thereby contributed as a kind of subsidy to the foreign-owned Suez Canal Company. The use of such a large conscript labor force in the 1860s—at the very moment when political struggles over unfree labor across the Atlantic were escalating into the American Civil War—elicited an outpouring of critical commentary almost from the beginning. But the meanings ascribed to the role of the corvée in the Canal’s construction shifted in significant ways over the decades that followed. By 1956, when the Egyptian President Gamal ‘Abd al-Nasser sparked an international crisis by nationalizing the Canal, the labor that Egyptian peasants had performed in its excavation had become central to Egyptian claims upon Suez as national property. In other words, by this logic, the involuntary contributions of Egyptian labor had constituted a kind ownership of the waterway that ultimately superseded the rights of the Suez Canal Company under the terms of its concession with the Egyptian government. By the time Nasser rehearsed those claims in his famous speech of July 26, 1956, they had assumed the status of a kind of national common sense, but fifty years prior, that way of interpreting the use of unfree labor was nowhere to be found. So over the coming months, I plan to revisit the history of histories written about the Canal in the first half of the twentieth century to trace the emergence and consolidation of this politically consequential argument about the relationship between the corvée and the Canal’s status as national property.

Before I decided to pursue an undergraduate degree in history, I spent many years studying classical oboe and jazz saxophone with the intention of becoming a professional musician. Sadly, I haven’t touched the oboe in about fifteen years, but I continued playing saxophone when I started graduate school, and when I moved to Cairo to enroll at the Center for Arabic Study Abroad, I met a wonderful community of jazz musicians who became some of my closest friends in Egypt. During the years of my dissertation research, I was one of only a handful of saxophonists in Cairo, so I started playing regularly with three or four different groups around the city. Often, I would spend the daytime hours in the Egyptian National Archives, eat a quick dinner at home, and then head out in the evening to play a gig. I haven’t played nearly as much since returning to the US, but I’m really looking forward to finding some new ways to make music and to explore the fabulous jazz scene here in Chicago.

Dt. Thipe's manuscript in progress, Black Freehold: Landownership in Alexandra Township, tells the story of the history of land ownership in Alexandra Township, near Johannesburg, from its founding in 1912 to 1979 when the state had stripped black landowners of their freehold land ownership and forced removals had largely displaced Alexandra residents. It moves from the examination of individual buildings and yards to a structural analysis of the Township and its development to show how different elements of landownership rights combined to produce a dynamic, black-controlled Township that was at odds with colonists’ view of black people’s social and political place in South African society. The disruption that black people’s freehold land ownership in Alexandra caused to white supremacist order drove the South African state to invest enormous financial resources and political capital in dismantling black freehold rights, physically demolishing large parts of the Township, and forcibly moving tens of thousands of people from Alexandra in efforts to destroy the social realities that residents produced under freehold. In addition to her manuscript project, Dr. Thipe has published several articles, a selection of which can be viewed on her faculty profile.

She holds a PhD in History and African American Studies from Yale University, Masters in Gender Studies from the University of Cape Town, where she also held positions as a lecturer and researcher, and BA from Macalester College. Currently, Dr. Thipe is a Postdoctoral Scholar at UChicago. She will transition to an assistant professor in the History Department in Autumn 2024.

What do you love most about your work as a historian and why?

I love piecing together sources from different archives and seeing moments from the past come into view along with the animating spirit of these moments. Through this piecing together, I am always blown away at seeing how a host of individual actions over months and over decades collectively work to form and give shape to large scale movements, social and political norms, and ideas about how people can and ought to live.

What are you most looking forward to discovering in Chicago?

My work focuses on experiences of urban life in the 20th century, primarily using legal and social history to examine developments in how Black individuals and collectives navigated and shaped changing urban landscapes. I have been struck by the similarities in this work between Johannesburg, where my research is focused, and Chicago. I’ve really enjoyed Chicago in my past visits and look forward to experiencing the city’s rich social and cultural life and learning more about the history that contributed to the city looking the way that it does today. I am eager to read the history of my old home alongside that of my new one. 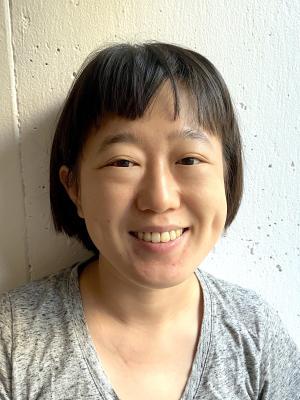 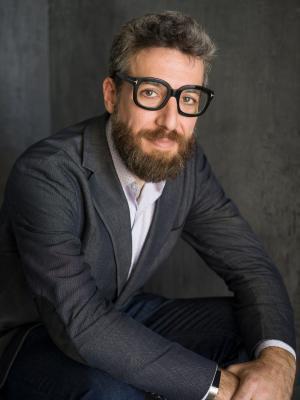 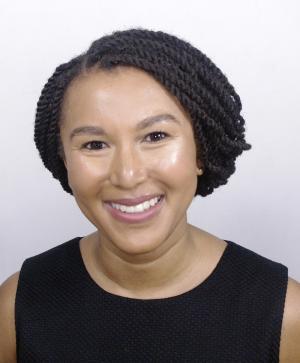