The role of the state is in flux. Eastern European states vacillate between confederation with the European Union and Russia’s growing nationalism; religious caliphates roil the Middle East and parts of Africa; and China mixes a one-party system with a free-market economy.

America has seen its own share of fluctuations in how the state wages war, provides welfare, and taxes and regulates the activities of individuals and corporations. In recent years, for example, the United States has delegated some of its sovereign power to wage war to private contractors while eroding individual privacy through electronic surveillance.

A group of scholars at the University of Chicago seek to understand the paradoxes of modern state organization and power by combining the disciplines of history, law, political science, and sociology. “The State as History and Theory” is a multiyear project directed by Professors Elisabeth Clemens in Sociology, Bernard Harcourt in Law and Political Science, and James Sparrow in History. It is supported by the Neubauer Collegium for Culture and Society, whose mission is to pursue answers to complex questions. The State as History and Theory is one of seven inaugural projects funding by the Neubauer Collegium, which supports “research into vital questions that can be better understood through collaborative research that brings diverse fields and methodologies to bear.”

The project is rooted in the “American Political Development” approach to political science, which analyzes the history of US government and politics through time and compares US development to its closest state counterparts, especially in Europe. This historic scrutiny can reveal weaknesses of under-analyzed concepts, such as American exceptionalism, and identify patterns of continuity or change that ground new theories of democratic states in a stronger base.

In the project’s first year, the directors organized an international conference in spring 2014, presented panels at the 2013 Social Science History Association meeting, and are working on a series of publications. Harcourt has coedited a series of lectures given by Michel Foucault in 1981 that were previously unpublished. Wrong-Doing, Truth-Telling: The Function of Avowal in Justice(Chicago, 2014) was translated by Stephen Sawyer, MA’97, PhD’08, who was a 2013–14 Neubauer Collegium Visiting Fellow. Sawyer is an associate professor, the chair of the History Department, founder of the Urban Studies program, and cofounder of the History, Law, and Society program, all at the American University of Paris.

Sparrow is completing The New Leviathan: Sovereign America and the Foundations of Rule in the Atomic Age, which will explore the centralization of US governance during the Cold War. Sparrow will also teach two graduate colloquia in winter and spring 2015, using theoretical and empirical readings of key problematics, including war, expansion, empire, discipline, and surveillance, as well as political economy, rule of law, distribution and division of power, citizenship and subjection, and democratic governance.

The final aim of the project is to produce an edited volume that will bring a new synthesis to the field of American Political Development. Hopefully, it will capture the project’s excitement as expressed by Harcourt: “Working with Lis Clemens, Jim Sparrow, and Steve Sawyer has been one of the most intellectually stimulating and productive projects I have been involved with at the University of Chicago. It has been especially productive because we have been able to triangulate the sociological, historical, and political theoretic debates in an unprecedented way.” 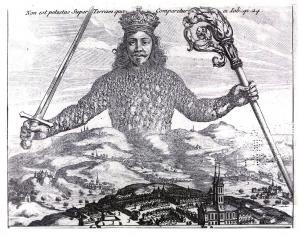