Kanunî Süleyman Professor of Ottoman and Modern Turkish Studies in Near Eastern Languages and Civilizations, History, and the College

Professor Fleischer focuses primarily on Ottoman history, specializing in the Age of Suleyman. Currently he is working on a major work on Suleyman the Lawgiver as well as a number of papers dealing with the time period. In addition, he has begun work on Apocalypticism and its relationship to his field of study. Professor Fleischer also sits on the editorial board of a number of publications, including the Cambridge Studies in Early Modern History and the International Journal of Middle Eastern Studies.

"Between the Lines: Realities of Scribal Life in the Sixteenth Century." Studies in Ottoman History in Honour of Victor Menage. Istanbul, 1994. 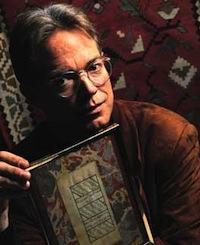