I am a cultural and political historian of the nineteenth- and early twentieth-century Nile Valley. My first book manuscript examines cultural practices surrounding death throughout the era of Turco-Egyptian imperialism, the Islamic-inspired independent state known as the Mahdiyya, and the beginning of the co-dominion of Sudan by Great Britain and Egypt, as well as the violent transitions between these periods. With examples ranging from the construction of tombs, ceremonies of mourning, the establishment of medical memorials, and the creation of an ethnographic archive, it argues that the legacies of the dead became crucial sites of political struggle in the Nile Valley. My work demonstrates the ways in which these struggles link the history of the Sudans to that of Ottoman Egypt and the British Empire, as well as to political theory, the discipline of anthropology, the history of medicine, and museum collections across Europe and North America.

I am currently working on several additional projects related to African fashion and Islamic textiles, African arms and armor, and the history of photography.

Before coming to the University of Chicago, I was a postdoctoral fellow at the Middle East Center at the University of Pennsylvania and a Mary Catherine Mooney Fellow at the Boston Athenæum. I participated in the American Academy of Arts and Science, the American Philosophical Society, and the British Academy’s Early Career Research Workshop in January 2018. My work has been supported by the African Studies Association's Student Travel Fellowship, the Janet Lee Stevens Award, and several Foreign Language Area Studies fellowships. 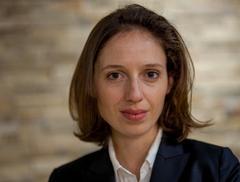