Assistant Professor of Roman History and the College

Margaret M. Andrews is an archaeologist and ancient historian focusing on the intersection of Roman social history and material culture over the longue durée. She is interested in the occupation and transformation of ancient cities, specifically the recursive relationship between large-scale social change and urban transformation. Using a combination of written, material, and visual evidence, she studies how social values influenced the shape of urban form, how different social constituencies had different forms of agency in shaping the urban environment, and how the social processes and dynamics through which concepts were embedded into a city's landscape changed as the notions themselves were redefined over time.

She is currently preparing a monograph on the archaeology and social history of Rome's notorious Subura district from the Iron Age to the Early Middle Ages (ca. 850 BCE–850 CE). It uses interdisciplinary approaches and methods to contextualize the area's physical development and social history within the broader historical and cultural changes that Rome experienced in this long time frame. Most significantly, it argues that the Subura actually had a deep and complex history as the primary locus for an ideological discourse on female morality in Rome. This moralizing ideology remained conceptually unchanged between the Roman and Christian periods, but the relationship between the Subura's everyday residents (especially women) and the institutional power holders during the processes of inscribing it into the landscape changed dramatically.

Meg has excavated at various sites in Italy and Greece and has focused much of her own fieldwork in Rome and central Italy. Most notably, she played an integral role in the Villa Magna Project, supervising excavations at the imperial villa and medieval monastery south of Rome and co-editing the final monograph publication for the site. In addition to multiple chapters in edited volumes, she has published several aspects of her fieldwork in Rome in the American Journal of Archaeology and the  Journal of Roman Archaeology.

Meg served as a visiting assistant professor of classical archaeology at the Joukowsky Institute for Archaeology and the Ancient World at Brown University before joining the Department of History at the University of Chicago in 2018. She has received many fellowships and grants, including a Rome Prize Fellowship in Ancient Studies at the American Academy in Rome in 2011.

"From Monumental to Mundane: The Dynamics of Augustus' Interscalar Urbanism in the Subura of Rome. In Building the Classical World: Bauforschung as a Contemporary Practice, edited by E. Dumser and D. Borbonus. Oxford: Oxford University Press, forthcoming.

Co-authored with Harriet I. Flower. "Mercury on the Esquiline: A Reconsideration of a Local Shrine Restored by Augustus." American Journal of Archaeology 119, no. 1 (2015): 47–67. 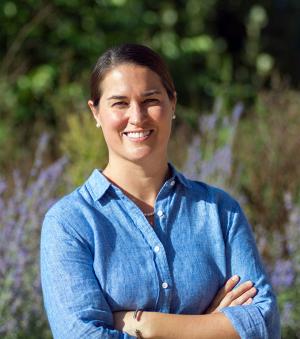