Professor Emeritus of History and the College

Walter Kaegi's research concentrates on Byzantine and late Roman history, especially from the fourth through eleventh centuries,with special attention to the seventh century. He investigates relationships between Byzantium and the Near East, including Islam, military and historiographical subjects and their interrelationships with religion and thought. He seeks to set these researches in broader European and Mediterranean contexts. He is the cofounder of the Byzantine Studies Conference, the editor of the journal Byzantinische Forschungen, past president of the US National Committee for Byzantine Studies, and a former voting member of the Oriental Institute.

Several projects are occupying his research time: he is investigating Byzantine commercial relationships with the Arabian peninsula on the eve of the Islamic conquests. He is preparing an essay on Byzantium in the seventh century for an Oxford University Press handbook to Maximus the Confessor. He is planning an investigation of the role of Byzantine concepts of strategy in the emergence of concepts of strategy in early modern Europe. He is writing a reassessment of Arnold J. Toynbee as a Byzantine historian. 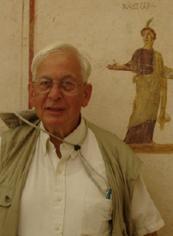