Amy Dru Stanley sat down with journalist Andrew Bauld to discuss the 2018 Pulitzer Prize for History. The prize is awarded "for a distinguished and appropriately documented book on the history of the United States." Amy Dru Stanley, associate professor of history, law, and the College, chaired this year's selection committee.

Stanley shared her thoughts on the three finalists and the eventual winner, The Gulf: The Making of an American Sea, by Jack E. Davis. 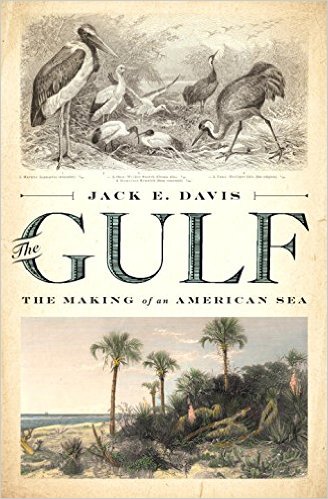 What struck you most about this year’s three finalists? And what set the winner apart?

We especially admired The Gulf for fusing originality, erudition, and literary skill. The book explores the history of human destruction of the natural world. It tells of the animals that inhabit the Gulf of Mexico, but it also tells of the oil industry, real estate development, polluted waters, and the dams, jetties, seawalls, and levees that hasten erosion. The writing is both lyrical and limpid. The author, Jack Davis, enables us to see and feel and understand the fragile wonders of the Gulf. The book haunted me.

How does the process for selecting the Pulitzer in History begin?

Through the summer and late into the fall, the jury received a total of 141 entries, on topics ranging from colonialism to baseball, religion, international relations, disease, terror, housing, immigration, slavery, race, gender, disease, and the environment. Military and political history predominated, as did works on the twentieth century. We found it fairly simple to create a short list of about eight books. But it took many days of discussion to reach consensus in nominating the finalists. We strove for unanimity, which involved a long process of rereading, deliberating, and playing devil’s advocate.

The jury was not allowed to rank the finalists or reveal our service on the jury, until the Pulitzer Board’s prize announcement. The Pulitzer process required us to recuse ourselves from weighing in on books written by faculty members at our own universities or by friends.

What is the criteria in selecting the finalists that are presented to the Pulitzer committee?

Every jury defines its own criteria; the Pulitzer Board did not instruct on this. We differed about what makes a Pulitzer book. Of course, it must be original, challenging us to think in new ways, and be based on extensive research. But we had to overcome disagreements about the attributes we most valued. One of us stressed the deftness of the narrative and the quality of the prose; another focused on storytelling; for me, the significance of the subject and the power of the analysis were paramount. In the end, we looked for books with the virtues of being revelatory, risk-taking, and eloquent—as well as accurate.

Throughout, we were acutely aware that the Pulitzer brings works of history to a broad public, making our judgments a sort of public trust. We would be defining the history that matters, shaping collective memory. It fell to us to say what is worth knowing about the past and how history today is best written. One thing we looked for were books that speak to pressing concerns of the present.

Extract of a longer conversation published by the University of Chicago news office on April 18, 2018.