Congratulations to Elizabeth Dia, AB'18, who received a 2018 Ignacio Martín-Baró Essay Prize from the Pozen Family Center for Human Rights for "'I Swore an Oath to the Constitution. Is That Not Enough?': The Contested Rights of Noncitizen Soldiers and Veterans in the US Military." 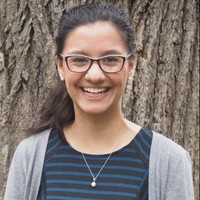 Elizabeth is a History major in the research track and recently completed her thesis on "Motherhood en Acción: Gender, Latinidad, and Community Action in Pilsen, 1973–1987."

She has interned at the Illinois Coalition for Immigrant and Refugee Rights and the National Immigrant Justice Center, among others. Elizabeth is a 2018 student marshal, one of the University of Chicago's highest undergraduate honors.

The Martín-Baró Prize recognizes the best essays in the field of human rights. Elizabeth received one of two prize awarded to undergraduates; other awards go to masters/professional and PhD students.

The prize was endowed to honor the memory of Ignacio Martín-Baró, who was committed to the values of democracy, social justice, and service to the poor, silenced, and dispossessed. A Jesuit priest, he taught at the Universidad de Centro America in El Salvador and was a scholar of social justice and human rights. In 1989 he and seven others were assassinated by the Salvadoran army for their commitment to El Salvador’s dispossessed.