The University of Chicago recognizes faculty annually for exceptional teaching with the Llewellyn John and Harriet Manchester Quantrell Award, which is believed to be the nation's oldest prize for undergraduate teaching. Mauricio Tenorio-Trillo, the Samuel N. Harper Professor of History, Romance Languages and Literatures, and the College, received one of the five 2019 awards.

Tenorio has been a scholar for over two decades, including thirteen years at the University of Chicago. He has written many books and essays and won numerous awards, including the 2015 Laing Prize. But none of that would be possible, he says, without teaching: "The only real mark we are going to leave in this world is in the minds of our students. The rest is very important. Yes, we publish books, and we research. But without teaching, there are no great ideas. How are you going to test your ideas, if not in the classroom? How are you going to imagine how to synthesize big concepts if you haven’t tried it in the classroom?” 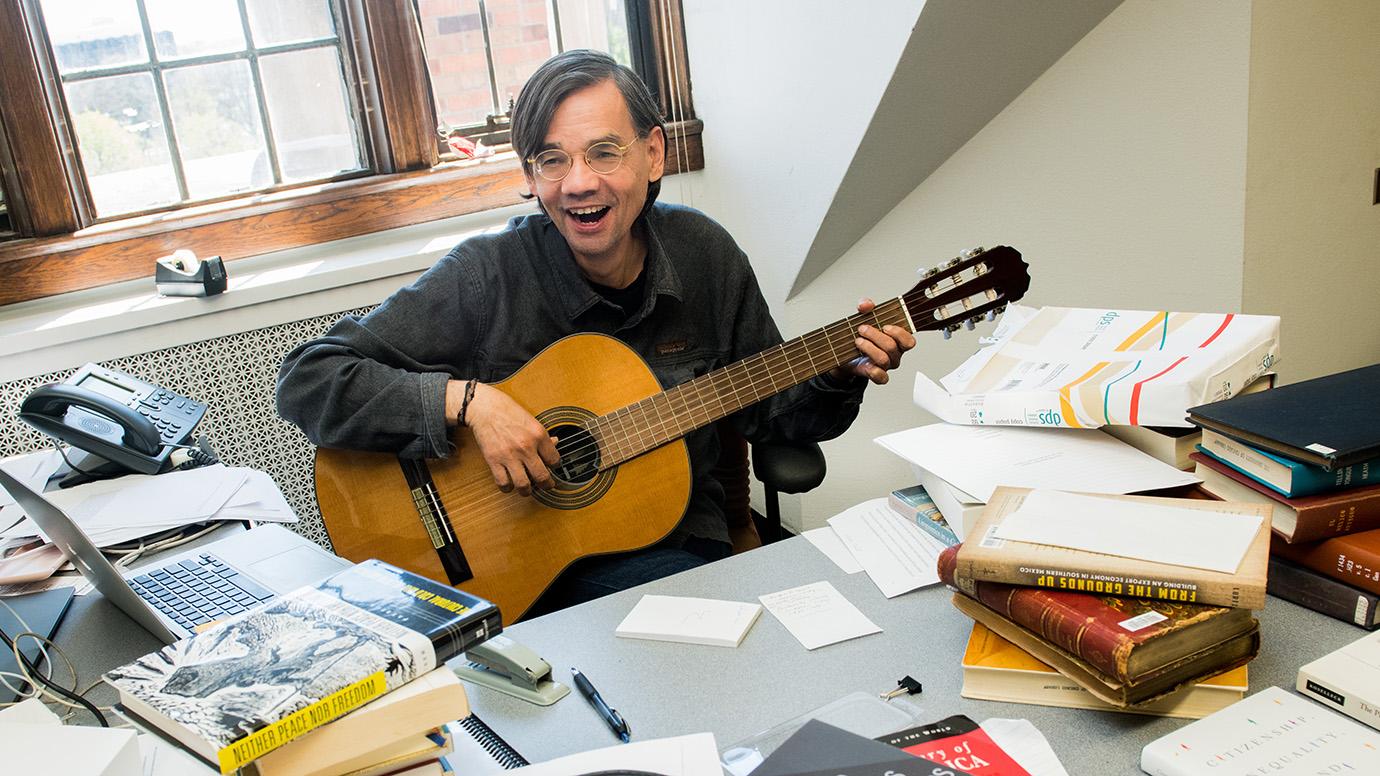 Mauricio Tenorio plays a guitar given to him by a student: “When I’m waiting for students, I can play. Sometimes they bring guitars, and they teach me." Photograph by Jean Lachat.

Tenorio speaks highly of his relationship with graduate students, whom he compares to colleagues, but says he finds “real fun” in his interactions with undergraduates: “They are very inquisitive. They have a way of seeing things that I not only don't have, but I can't predict. They teach me things. I can catch up with books; I cannot catch up with what's happening in the world; they make me catch up.”