David Nirenberg has been awarded the Ralph Waldo Emerson Award by the Phi Beta Kappa Society, for his book Anti-Judaism: The Western Tradition (W.W. Norton, 2013).

Established in 1960, the Ralph Waldo Emerson Award honors scholarly studies that contribute significantly to interpretations of the intellectual and cultural condition of humanity in the fields of history, philosophy, religion, and anthropology, among others. Previous award winners include such eminent authors as Timothy Snyder, Jill Lepore, David Levering Lewis, and Timothy Egan.

One selection panel member said of Anti-Judaism: "It is genuinely elevating in its high moral purpose, in the power of scholarship, and in its marshaling of rhetorical and linguistic resources in services of its lambent argument." 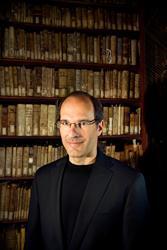