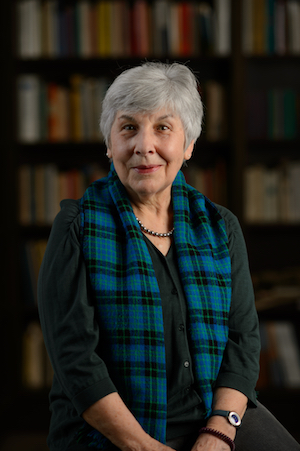 During her autumn visit Fitzpatrick will co-teach, Revolution, with Bird. The course investigates the history of revolution from 1776 to the present, with a particular focus on the Bolshevik revolution of 1917. The undergraduate/graduate course quickly filled. She will also deliver a lecture, "Celebrating (or Not) the Centenary of the Russian Revolution," on October 11, and participate in a two-day workshop, The Bolshevik Contagion, on November 3–4, in which an international roster of scholars will discuss key texts of the revolutionary struggle in Russia and the early Soviet Union.

Other commemorative activities include two exhibitions, a film series, and a concert. Bird organized Red Press: Radical Print Culture from St. Petersburg to Chicago (September 25–December 15, 2017) at the Special Collections Research Center with a group of faculty members and students, including Claire Roosien, a joint PhD student in Near Eastern Languages and Civilizations and History. The Smart Museum's Revolution Every Day (September 14, 2017–January 14, 2018) features Soviet-era posters and films. The Film Studies Center and Smart will present rare films from the 1930s by Soviet filmmaker Dziga Vertov (October 6 and 20, November 10). Finally, the University of Chicago Orchestra will play Dmitri Shostakovich’s Symphony No. 12, The Year 1917 on December 2.