Alex received his BA in history and political science from the University of Southern California in 2012. He specializes in the history of the American South, examining how the region was less an exception to than a bellwether of national trends. His diverse interests cohere around a central driving force: using an interdisciplinary approach to explain the bizarre, the weird, and the seemingly out of place by tracing the conditions of possibility that enable particular thoughts, events, and movements to transpire at specific moments in time. Alex has recently written about postbellum efforts to induce immigration to the American South and the controversies surrounding the corpse of John Wilkes Booth. He is preparing his dissertation, which explores how the Civil War produced a culture of disembodiment that led to the use of particular forms of violence in spectacle lynchings. 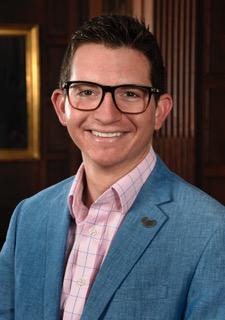