Associate Professor of History, Law, and the College

Amy Dru Stanley is a historian of the United States, with particular interest in law, capitalism, freedom and unfreedom, human rights, the relationship between the household and economic life, and the historical experience of moral problems. Her work has appeared in scholarly books and journals, as well as in the New York Times, the Washington Post, the Nation, Dissent, Slate, and Jacobin. She has received the Quantrell Award for Excellence in Undergraduate Teaching and the Faculty Award for Excellence in Graduate Teaching and Mentoring. In 2018, she was the jury chair for the Pulitzer Prize in history.

The Antislavery Ethic and the Spirit of Commerce: An American History of Human Rights. Cambridge, MA: Harvard University Press, forthcoming.

From Bondage to Contract: Wage Labor, Marriage and the Market in the Age of Slave Emancipation. Cambridge: Cambridge University Press, 1998.

"Slave Emancipation and the Revolutionizing of Human Rights." In The World the Civil War Made, edited by Greg Downs and Kate Masur. Chapel Hill: University of North Carolina Press, 2015.

"Instead of Waiting for the Thirteenth Amendment: The War Power, Slave Marriage, and Inviolate Human Rights." American Historical Review 115, no. 3 (June 2010): 732–65.

"Wages, Sin, and Slavery: Some Thoughts on Free Will and Commodity Relations." Journal of the Early Republic 24 (Sum. 2004).

"The Right to Possess All the Faculties that God Has Given: Possessive Individualism, Slave Women, and Abolitionist Thought." In Moral Problems in American Life, edited by Lewis Perry and Karen Halttunnen. Ithaca, NY: Cornell University Press, 1999.

"Home Life and the Morality of the Marketplace: Slavery and Freedom, Women and Men." In The Market Revolution in America, edited by Melvyn Stokes. Charlottesville: University of Virginia Press, 1996.

—Co-writes with Craig Becker for the New York Times on Amazon's opposition to mail-in ballot unionization votes
—Writes for the Washington Post on the Commerce Clause and pandemic liability protection for businessses
—Quoted in the Burlington Free Press on the history of the Confederate Flag
—Quoted in the Pittsburgh Post-Gazette on the meaning of Chicago 1968
—Chairs 2018 Pulitzer Prize for History Jury
—Writes for Slate on the abolition of slavery, theatergoing, and the right to happiness
—Named an OAH Distinguished Lecturer
—Kyle Volk, PhD'08, Praises Stanley's Scholarship on the Oxford University Press blog
—Participates on Yale Panel on the 14th Amendment
—Amy Dru Stanley and Jonathan Levy Embark on New Study of the Economy
—Coorganizes "Human Trafficking, Labor Migration, and Migration Control in Comparative Historical Perspective" conference, Pozen Family Center for Human Rights
—Writes for the New York Times Opinionator blog on the Civil War Enlistment Act 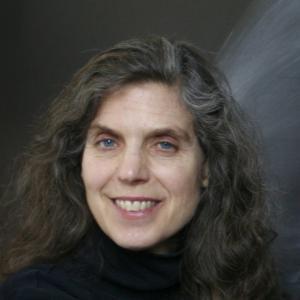