Professor of Latin American History and the College

I am a historian of inequality and its persistence. I specialize in the study of Brazil and Latin America, and focus particularly on informality, cities, citizenship, law, migration, race, slavery and its afterlives.

A volume I coedited with Bryan McCann and Javier Auyero, Cities from Scratch (Duke, 2014), explores the many ways in which poverty and informality have shaped the Latin American urban experience. My essay, "A Century in the Present Tense," explores the intellectual history of the informal city, arguing that slums and shantytowns are dynamic historical phenomena in their own right rather than perpetual symptoms of current crises. In various other essays and ongoing research, I have focused on informality's relationship to developmentalism and political liberalism, slavery, racial inequality in law and urban space, criminal law, internal migrations, and the relationship between the urban poor and Brazil’s political left.

Along with Brazilian historian Keila Grinberg, I have edited a volume entitled The Boundaries of Freedom, which brings together essays by leading Brazilian and Brazilianist scholars of slavery and its afterlives. My own essay, “Slavery, Freedom and the Relational City,” focuses on how unfreedoms born of slavery continued to bind urban free and freedpeople during Brazil’s age of abolition.

My current book, Intimate Inequalities: Urbanism, Slavery, and Bounded Freedom in a Brazilian City, explores the historical co-evolution of urbanism and informality. The book is based in Recife, Brazil, a northeastern city that came to be seen as both the capital of Brazilian underdevelopment and the incubator of some of the country's most innovative social and cultural movements. Recife originated as a slave city, and the social and power relations that had sustained slavery continued to structure it long after abolition in 1888. Like many other cities across the globe, Recife evolved as a place where modern technologies, economies, and liberal institutions coexisted with and depended upon urban informality. Formal institutions and economies were embedded in an essentially relational city, in which personal connections mediated economic and political life and deep inequality structured vital (and often violent) intimate interdependencies. In the twentieth century, relational power proved remarkably adaptable, inhabiting liberal institutions and radical social movements, structuring "political society," and doing much to explain both social mobility and inequality's resilience. In exposing the microhistory of this phenomenon in Recife, I explore the emergence of urban informality as part and parcel of modern governance and bring into a focus a paradigm of urban modernity that shapes city life across the globe.

At Chicago, I am part of the Faculty Advisory Committees for the Mansueto Institute for Urban Innovation, the Art and Architecture Committee and the Latin America Faculty Working Group; and I am a Faculty Affiliate at the Center for Latin American Studies and the Center for the Study of Race, Politics, and Culture. Outside of the University, I serve on the editorial boards of Past & Present and the Journal of Latin American Studies, as well as the international Advisory Committee for the Centro de Estudos da Metrópole in São Paulo and the board of the Urban History Association. My teaching focuses both on my core research interests and on the larger histories of Brazil, Latin America, cities, and social inequality. Before coming to Chicago, I taught at Amherst College and Northwestern University.

The Boundaries of Freedom: Slavery, Abolition, and the Making of Modern Brazil, co-edited with Keila Grinberg. Cambridge University Press, 2022.

The Boundaries of Freedom: Slavery, Abolition, and the Making of Modern Brazil, co-edited with Keila Grinberg, in production, Cambridge University Press.

"Urban Informality and the Paradoxes of Developmental State Building," in State and Nation Making in Latin America and Spain: The Rise and Fall of the Developmental State, edited by Miguel Centeno and Agustín Ferraro. Cambridge: Cambridge University Press, 2018.

"Beyond Insurgency and Dystopia: The Role of Informality in Brazil’s Twentieth-Century Urban Formation." In Public Goods versus Economic Interests: Global Perspectives on the History of Squatting, edited by Freia Anders and Alexander Sedlmaier. New York: Routledge, 2016, 122–49. 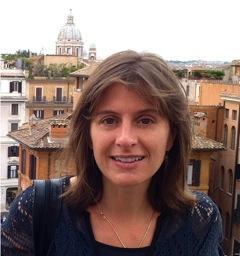