Bruce Cumings's research and teaching focus on modern Korean history, twentieth-century international history, US–East Asian relations, East Asian political economy,and American foreign relations. His first book, The Origins of the Korean War, won the John King Fairbank Book Award of the American Historical Association, and the second volume of this study won the Quincy Wright Book Award of the International Studies Association. He is the editor of the modern volume of the Cambridge History of Korea (forthcoming), and is a frequent contributor to the London Review of Books, the Nation, Current History, the Bulletin of the Atomic Scientists, and Le Monde Diplomatique. He was elected to the American Academy of Arts and Sciences in 1999 and is the recipient of fellowships from the Ford Foundation, NEH, the MacArthur Foundation, the Center for Advanced Study at Stanford, and the Abe Fellowship Program of the Social Science Research Council. He was also the principal historical consultant for the Thames Television/PBS 6-hour documentary, Korea: The Unknown War. In 2003 he won the University of Chicago's award for Excellence in Graduate Teaching, and in 2007 he won the Kim Dae Jung Prize for Scholarly Contributions to Democracy, Human Rights and Peace. He has just completed Dominion From Sea to Sea: Pacific Ascendancy and American Power, which will be published by Yale University Press. He is working on a synoptic single-volume study of the origins of the Korean War, and a book on the Northeast Asian political economy.

"Japan's Position in the World System." In Postwar Japan as History, edited by in Andrew Gordon, 34–63. Berkeley, University of California Press, 1994.

"The Asian Crisis, Democracy, and the End of 'Late' Development." In The Politics of the Asian Economic Crisis, edited by in T. J. Pempel, 1744. Ithaca, NY: Cornell University Press, 1999.

"Time of Illusion: Post-Cold War Visions of the World." In Cold War Triumphalism: The Misuse of History After the Fall of Communism, edited by Ellen Schrecker, 71–102. New York: New Press, 2004.

—Discusses Korea's past and future with the Nation
—Discusses Korean DMZ meeting with WBEZ and Chicago Tonight
—Writes about the crisis with North Korea for the Guardian
—Discusses Trumps 2017 Asian tour, Democracy Now!
—Masato Watanabe's Japanese translation of Bruce Cumings's Dominion from Sea to Sea: Pacific Ascendancy and American Power (Yale, 2009) wins the annual award of the Japan Society of Translators in 2014. The Atlantic selected it as one of the Best Books of the Year in 2009.
—Talks on "Apocalypse, Absence, Amnesia—and Kim Jong II: Why the Korean War is 'Forgotten'," at the University of Michican [video, 52 minutes] 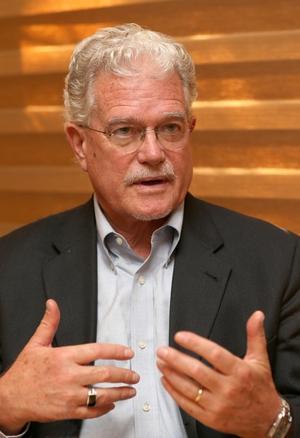