Christians, Jews, and Muslims in medieval Europe and the Mediterranean; medieval ideas about communication, exchange, and social relations; history of race and racism; history of ideas

I have spent most of my intellectual life shuttling between the micro and the macro, trying to understand how life and ideas shape and are shaped by each other. One stream of my work has approached these questions through religion, focusing on the ways in which Jewish, Christian, and Islamic cultures constitute themselves by interrelating with or thinking about each other. My first book, Communities of Violence: Persecution of Minorities in the Middle Ages, studied social interaction between the three groups within the context of Spain and France in order to understand the role of violence in shaping the possibilities for coexistence. In later projects I explored the work that “Judaism,” “Christianity,” and “Islam” do as figures in each other’s thought. One product of that approach, focused on art history, was (jointly with Herb Kessler) Judaism and Christian Art: Aesthetic Anxieties from the Catacombs to Colonialism (2011). In Anti-Judaism: The Western Tradition (2013), I attempted to apply the methodology to a very longue durée, studying the work done by pagan, Christian, Muslim, and secular thinking about Jews and Judaism in the history of ideas. More or less simultaneously in Neighboring Faiths: Christianity, Islam, and Judaism Medieval and Modern (2014), I tried to bring the social into conversation with the hermeneutic, in order to show how, in multireligious societies, interactions between lived experiences and conceptual categories shape how adherents of all three religions perceive themselves and each other. Then in Aesthetic Theology and Its Enemies: Judaism in Christian Painting, Poetry, and Politics (2015), I focused on how thinking about Judaism shaped the ways in which Christian cultures could imagine the possibilities and limits of community and communication.

Beginning with my book Anti-Judaism, which stretched from ancient Egypt to the twentieth century in order to try to understand the work done by a family of concepts across history, I have tried to cultivate a new approach to the “long history” of ideas. My most recent book, Uncountable: A Philosophical History of Number and Humanity from Antiquity to the Present, written in collaboration with Ricardo Nirenberg (a mathematician who happens also to be my father), follows this path as well.  It explores the long history of the various types of sameness that underpin the claims of different forms of knowledge (from poetry and dreams, to monotheism, math, and physics), using these to think critically about the powers and the limits of the sciences and the humanities.  I am now at work on the long history of yet another family of concepts, namely the inter-connected history of race and religion from the Neolithic to the present.

Coauthored with Ricardo Nirenberg. Uncountable: A Philosophical History of Number and Humanity from Antiquity to the Present. Chicago, IL: University of Chicago Press, 2021.

Coedited with Herbert Kessler. Judaism and Christian Art: Aesthetic Anxieties from the Catacombs to Colonialism. Philadelphia: University of Pennsylvania Press, 2011.

"The Impresarios of Trent: The Long and Frightening History of the Blood Libel." Nation (November 16, 2020).

"'Judaism,' 'Islam,' and the Dangers of Knowledge in Christian Culture, with Special Attention to the Case of King Alfonso X, 'the Wise,' of Castile." In Mapping Knowledge: Cross-Pollination in Late Antiquity and the Middle Ages. Arabica Veritas, vol. I, edited by C. Burnett and P. Mantas-España, 253–76. Cordoba: Oriens Academica, 2014. 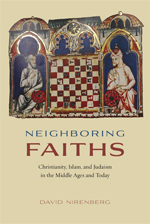 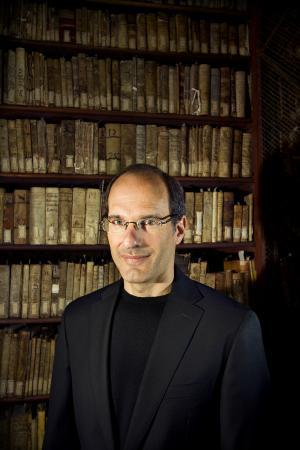