Diana Schwartz Francisco's research and teaching focus on Indigenous politics, the nexus between economic development and environmental change in Latin America, the history and politics of social science, and race in the Americas.

Her book manuscript in progress, tentatively titled “The Dam’s Wake: Development, Indigenous Politics, and Anthropology in the Mexican Tropics,” is a history of the links between Indigenous politics and environmental  change in twentieth-century Mexico. Many scholars have shown how, during the mid-twentieth century, the Mexican State used a combination of co-optation and coercion to both integrate rural and Indigenous citizens and carry out top-down regional development projects. Building on this literature, yet unsatisfied by its treatment of Indigenous identity as static and often divorced from the politics of ecological transformations, the book focuses on the ways development-induced displacement and Indigenous identity are entwined. Centering on the displacement of some 20,000 Indigenous residents of the Papaloapan River Basin for the construction of a massive hydroelectric dam in the 1950s, the book argues that displacement led relocated citizens and scientists alike to refashion and marshal Indigenous alterity as not merely an ethnic denotation but as a political identity to make demands vis-à-vis the Mexican State.

She earned her PhD in History from the University of Chicago (2016), her MA in Latin American Studies from UCLA, and BA in Ethnic Studies and Political Science from UC San Diego. Prior to coming to CLAS, she was a Mellon Postdoctoral Fellow in Latin American Studies at Wesleyan University (2016-18) and a Visiting Assistant Professor of History at Valparaiso University (2018-19). In Chicago, she has taught the Spanish language history course for the Odyssey Project (Proyecto Odisea), a college-credit humanities program for low-income adults. Before commencing graduate school, she worked for a Mexican non-profit that provided support for youth street workers.

“Displacement, Development, and the Creation of a Modern Indígena in the Papaloapan, 1940s–1970s,” in Ariadna Acevedo & Paula López Caballero, eds. Beyond Alterity: Destabilizing the Indigenous Other in Mexico. University of Arizona Press, 2018. 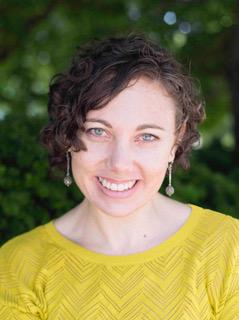