Associate Professor of History and the College

I specialize in the history of modern Russia and the Soviet Union, with a particular interest in Soviet culture, society, and their international context. Currently, I am at work on two book projects.

The first, Weary Sun, explores the history of tango, its creators and audiences, in Stalinist Russia and Eastern Europe. Soviet tango was made in Riga and Warsaw. Struck by the connections and exchanges between Soviet and émigré cultures, I focus on the largely unexamined Russian-speaking communities at the borders of the Soviet Union. Tango occupied a central place in the Soviet aural world, yet it fits uncomfortably in the dominant narratives and thus calls for a rethinking of Stalinist culture. This research reconstructs the sounds of Soviet courtyards, communal apartments, southern resorts, movie theaters, and parks of "rest and culture," where people encountered the tango most frequently. I seek to explain tango’s aesthetic and ideological work among other representations of socialist paradise.

Another project, The Entangled Histories of Soviet Newspeak and the Russian Language in the Twentieth Century, describes the rise and fall of Soviet newspeak as a language intricately bound to the daily uses and reforms of Russian itself. I see the Russian language as a field for defining social status and cultural authority in a post-revolutionary world. Multiple players were active in this field, including ordinary speakers of Russian and writers who experimented with the vernacular.

My first book, To See Paris and Die: The Soviet Lives of Western Culture (Harvard, 2018), is a history of the Soviet opening to the West during the 1950s and 1960s. The book investigates why and how Western cultural imports arrived in the Soviet Union on an unprecedented scale, as well as what meanings they acquired for Soviet audiences. To See Paris and Die brings together the ideas that justified cultural exchange and the diplomatic negotiations that made it possible, the secrets of museum storage rooms and the publicity of radio broadcasts, lavish international film festivals and backwater countryside screenings, enormous print runs and home-made books, state-sponsored travel and emigration. Analyzing how the Soviets received Western novels, paintings, and films, the book takes translation as its central theme — a mechanism of cultural transfer, a method of habituation of foreign imports, and a metaphor for transnational interactions. When they first appeared en masse, Western imports were extraordinary, but in the process of cross-cultural transfer that began in the mid-1950s, the foreign became quotidian—an indiscernible part of late Soviet culture and daily life.

My research has been supported by the National Endowment for the Humanities, the Kennan Institute, the American Philosophical Society, the National Council for Eurasian and East European Research, the Social Science Research Council, American Councils for International Education, the Mabelle McLeod Lewis Foundation, and the Fulbright-Hays program, among others.

The Thaw: Soviet Society and Culture during the 1950s and 1960s, edited by Denis Kozlov and Eleonory Gilburd. Toronto: University of Toronto Press, 2013.

"The Thaw as an Event in Russian History [coauthored with Denis Kozlov]." In The Thaw: Soviet Society and Culture during the 1950s and 1960s, edited by Denis Kozlov and Eleonory Gilburd, 18–81. Toronto: University of Toronto Press, 2013.

"The Revival of Soviet Internationalism in the 1950s." In The Thaw: Soviet Society and Culture during the 1950s and 1960s, edited by Denis Kozlov and Eleonory Gilburd, 262–401. Toronto: University of Toronto Press, 2013.

"Books and Borders: Sergei Obraztsov and Soviet Travels to London in the 1950s." In Turizm: The Russian and East European Tourist Under Capitalism and Socialism, edited by Anne Gorsuch and Diane Koenker, 227–47. Ithaca and London: Cornell University Press, 2006.

Published To See Paris and Die: The Soviet Lives of Western Culture (Harvard, 2018) 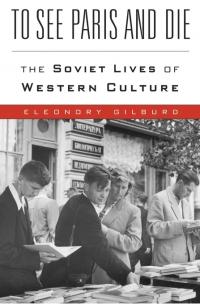 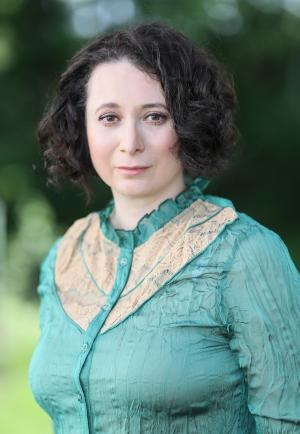