Assistant Professor of Environmental History and the College

Elizabeth Chatterjee is a historian of energy and the environment, with a focus on India from 1900 to the present. Her research explores how non-Western energy histories disrupt conventional understandings of capitalist development, the social dynamics of climate change, and green political thought.

Chatterjee’s first book manuscript, Electric Democracy, traces the flows of electricity to provide an energy-centered history of India’s transforming political economy since independence in 1947. It analyzes the critical role of cheap energy in undergirding both economic development and democratization, and how political actors have sought to navigate between these competing processes. The book thus locates struggles for energy justice at the heart of climate history and the Anthropocene. In this and other published works, Chatterjee also examines India’s distinctive mode of state capitalism, showing that its basic structures have remained remarkably resilient even as the country has nominally liberalized since the 1980s.

Chatterjee’s tentative second project will explore the close historical linkages between ecological ideas and illiberal nativist movements, showing that the popular association of environmentalism with the political left is a recent historical contingency. Placing green nationalist movements in India in comparative perspective, it will examine how historical experiences of colonialism and capitalist development shape rightwing interpretations of ecological threats. At the same time, Chatterjee continues to work on the moral economy of cheap energy and the history of “fuel riots” in South Asia and beyond.

Before joining the Department of History, Chatterjee was a Fellow of All Souls College, Oxford, a postdoctoral scholar at the University of Chicago’s Franke Institute for the Humanities, and a tenure-track lecturer at Queen Mary University of London. She is a non-resident Fellow of the Initiative for Sustainable Energy Policy at the Johns Hopkins School of Advanced International Studies, and a regular public commentator on South Asian affairs.

—Environmental Histories of the Global South
—South Asia After Independence 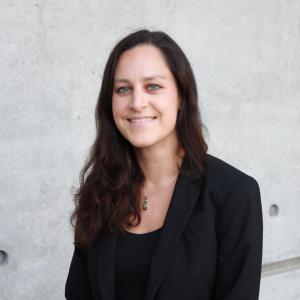