Associate Professor of African History, African Studies, and the College

Emily Lynn Osborn is Associate Professor in the Department of History and the College.

Osborn is a historian of Africa, with a particular interest in precolonial and colonial West Africa. She is currently the Faculty Director of the Senegal study abroad program, and she has also served as co-director of the Committee on African Studies, chair of the College’s British fellowships committee, and on the Faculty Boards of the Center for International Social Science Research and the Pozen Family Center for Human Rights. She is also the Faculty Director of the Social Sciences Postdoctoral Teaching Fellows program and an editor of The Journal of African History.

Her first book, Our New Husbands Are Here: Households, Gender, and Politics in a West African State from the Slave Trade to Colonial Rule, uses gender analysis to investigate the intertwined history of household making and statecraft in Kankan, Upper Guinée (located in Guinea). Other topics on which Osborn has published include the history of technology transfer and diffusion in West Africa; the role of intermediaries in colonial rule, the Anthropocene in Africa; the history and cultural significance of the color red in the Atlantic world; and the relationship in West Africa of containers and mobility. She has also researched the effort by the United States government in the 1950s and 1960s to export the model of the land grant university to Africa.

Osborn earned her A.B. from the University of California, Berkeley, and her Ph.D. from Stanford University. Her research has been supported by Fulbright IIE and Fulbright-Hays fellowships and by the American Council of Learned Societies and Social Science Research council. Before coming to the University of Chicago, Osborn served as the Carl E. Koch Assistant Professor of History at the University of Notre Dame.

At the University of Chicago, I teach courses on precolonial, colonial, and postcolonial African history, as well as graduate and undergraduate seminars on African historiography; oral sources of history; gender and state-craft; and the histories of enslaved African peoples in the making of the Atlantic world.

“Containers and Mobility in West Africa.” In "On Containers," edited by Andrew Shyrock and Daniel Lord Smail. Special issue, History and Anthropology 29, no. 1 (2018): forthcoming.

Editor, The Journal of African History.

"Containers, Energy, and the Anthropocene in West Africa." In Economic Development and Environmental History in the Anthropocene: Perspectives on Asia and Africa, edited by Gareth Austin. New York: Bloomsbury, 2017.

"From Bauxite to Cooking Pots: Aluminum, Chemistry, and West African Artisanal Production." In "Exploring Global History through the Lens of History of Chemistry," edited by Lissa Roberts. Special issue, History of Science 54, no. 4 (Dec. 2016): 425–42.

"Red Echoes of Enslavement: Cochineal Red, West Africa, and the Slave Trade." In A Red Like No Other: How Cochineal Colored the World, edited by Carmella Padilla and Barbara Anderson. New York: Skira Rizzoli, 2015.

"'Circle of Iron': African Colonial Employees and the Interpretation of Colonial Rule in French West Africa, 1890–1910." Journal of African History 44 (2003): 27–48. Reprinted in The Rise and Fall of Modern Empires: Social Organisation, vol. I, edited by Owen White. Farnham, England: Ashgate, 2013. 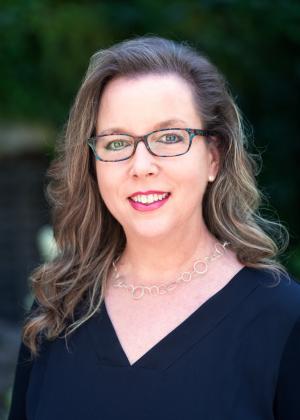