Professor of Russian History and the College

I am an historian of modern Russia, with a special interest in nineteenth- and twentieth-century politics, culture, and ideas. My work explores how Russia's peculiar political institutions—and its status as a multiethnic empire—shaped public opinion and political cultures. It also interrogates Russia's relationship with the outside world, asking where the Russian experience belongs in the broader context of European and global history. In addition, I am interested in the theory and practice of the digital humanities.

My most recent book, Utopia’s Discontents: Russian Exiles and the Quest for Freedom, 1830–1930, was published by Oxford University Press in 2021. It is the recipient of the 2022 Wayne S. Vucinich Book Prize from ASEEES, which recognizes the most important contribution in any discipline of Slavic studies. The book provides the first synthetic account of Europe's "Russian colonies"—boisterous and politically fractious communities formed by exiles from the Russian empire that emerged across the continent in the nineteenth and early twentieth centuries. The book treats the "Russian colonies" as utopian communities in which radical activists worked to transform social relations and individual behavior, and it explores how these unique spaces influenced Russian political imaginaries as well as the culture of their host societies. Ultimately, the project offers a bold reassessment of Russia's relationship with Europe, the origins of the Russian revolution, and the creation of the Bolshevik regime.

My first book, Children of Rus’: Right-Bank Ukraine and the Invention of a Russian Nation, was published by Cornell University Press in 2013 and released in paperback in 2017. Children of Rus' argues that it was on the extreme periphery of the tsarist empire—a region that today is located at the very center of the independent nation of Ukraine—that Russian nationalism first took shape and assumed its most potent form. The book reconstructs how nineteenth-century provincial intellectuals came to see local folk customs as the purest manifestation of an ancient nation that unified all the Orthodox East Slavs, and how they successfully propagated their ideas across the empire through lobbying and mass political mobilization. In addition, it reconceptualizes state-society relations under tsarism, showing how residents of a diverse and contested peripheral region managed to shape political ideas and identities across Russia—and even beyond its borders. Children of Rus' was named a Choice Outstanding Academic Title for 2013.

I am currently working on a new history of the origins of the Protocols of the Elders of Zion written for a popular audience. This book offers a new account of how this notorious text came to be, and it asks what history's greatest conspiracy theory can tell us about the present moment, when conspiratorial thinking is again on the rise in society and politics.

My current research is enriched by technology, and I am interested in thinking through how historians can use digital tools to open new avenues for exploration and to communicate their findings to other scholars and the general public. I am particularly interested in using geo-spatial analysis to analyze flows of people, ideas, and commodities over time and across space. For examples of my (ongoing) work in digital cartography, see my Utopia's Discontents website in development and my study of émigré publications.

I have held research fellowships at Columbia, Harvard, and the Cullman Center for Scholars and Writers at the New York Public Library. My research has been funded by ACLS, IREX, Fulbright-Hays, and the NEH.

"'The Franco-Russian Marseillaise': International Exchange and the Making of Anti-Liberal Politics in Fin-de-Siècle France." Journal of Modern History 89, no. 1 (Mar. 2017): 39–78.

"Children of Rus’: Nationalist Imaginations in Right-Bank Ukraine." In The Future of the Past: New Perspectives in Ukrainian History, edited by Serhii Plokhy. Cambridge, MA: Harvard University Press, 2016.

"Migration, Mobility, and Political Conflict in Late Imperial Kiev." In Russia on the Move: Essays on the Politics, Society and Culture of Human Mobility, 1850–Present, edited by John Randolph and Eugene Avrutin. Urbana: University of Illinois Press, Studies of World Migrations Series, 2011. 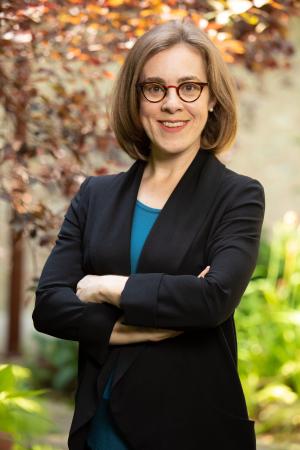