Associate Professor of British History, Conceptual and Historical Studies of Science, and the College

Nicholson Center for British Studies, Member of Board, 2020-21
Editor of the Journal of Modern History, Fall 2020-

My first book, Enlightenment's Frontier: the Scottish Highlands and the Origins of Environmentalism (Yale, 2013) investigates the environmental roots of the Scottish Enlightenment. What was the place of the natural world in Adam Smith's famous defense of free trade? This perspective recovers the forgotten networks of improvers and natural historians that sought to transform the soil, plants, and climate of Scotland in the eighteenth century. The Highlands offered a vast outdoor laboratory for rival liberal and conservative views of nature and society. But when the improvement schemes foundered toward the end of the century, northern Scotland instead became a crucible for anxieties about overpopulation, resource exhaustion, and the physical limits to economic growth. In this way, the rise and fall of the Enlightenment in the Highlands sheds new light on the origins of environmentalism.

My second book, Green Victorians: The Simple Life in John Ruskin's Lake District (Chicago, 2016), coauthored with Vicky Albritton, considers the problem of the Anthropocene from the perspective of a late Victorian utopian movement. Green Victorians tells the story of the first "post-carbon" society in Britain, a community in the English Lake District dedicated to Arts and Crafts industry and simple living. This experiment was galvanized by precocious anxieties about anthropogenic climate change, voiced by the eccentric polymath John Ruskin. He convinced his supporters to reject coal and steam in favor of renewable energy and labor-intensive handicraft production. By creating a new culture of sufficiency, Ruskin and his followers sought to demonstrate that a simple material life was still compatible with a great measure of cultural creativity and intellectual freedom. Green Victorians explores the radical and material experience of Ruskin's community without shying away from the darker side of the movement, including its technophobia and paternalism.

My current research deals with a set of closely related themes in environmental history, history of science, and political economy. The British Industrial Revolution saw the birth of the first fossil fuel economy. At the same time, geologists transformed the public understanding of the earth's interior and deep past. My new project sets out to show that these developments—fossil growth and fossil science—converged to produce a fundamental reorientation of politics and culture towards cheap energy and cornucopian growth.

My research has been funded by fellowships from the Institute of Historical Research in London, the Andrew W. Mellon Foundation, the Huntington Library in Los Angeles, the American Council for Learned Societies, and the Notre Dame Institute for Advanced Study.

I welcome graduate students in British history with a special focus on political economy, natural history, and environmental history. Past and present dissertation projects include the introduction of sown grasses in the British settler colonies, the emigration debate in popular political economy, the place of Brassica in the agricultural revolution, and the politics and economics of cider production in early modern England.

Fredrik Albritton Jonsson and Carl Wennerlind, Scarcity: Economy and Nature in the Age of Capitalism, under contract with Harvard University Press (expected 2022)

Contributor to Roundtable on Duncan Kelly, Politics and the Anthropocene for H-Diplo.

"Abundance and Scarcity in Geological Time 1784–1844." In Nature, Action, and the Future: Political Thought and the Environment, edited by Katrina Forester and Sophie Smith, 70–93. Cambridge: University of Cambridge Press, 2018.

"Scottish Tobacco and Rhubarb: The Natural Order of Civil Cameralism in the Scottish Enlightenment." Eighteenth-Century Studies 49, no. 2 (Win. 2016): 129–47

"The Origins of Cornucopianism: A Preliminary Genealogy." Critical Historical Studies 1, no. 1 (Spr. 2014).

"Adam Smith in the Forest." In The Social Lives of the Forests, edited by Susanna B. Hecht, Kathleen D. Morrison, and Christine Padoch. Chicago: University of Chicago Press, 2013.

"A History of the Species?" Review essay of Deep History: The Architecture of Past and Present, edited by Andrew Shyrock and Daniel Lord Smail, History and Theory 52, no. 3 (Oct. 2013).

"Prudence and Magnanimity: Roundtable on Ryan Hanley's Adam Smith and the Character of Virtue." The Art of Theory: Conversations in Political Philosophy (Nov. 2010).

"The Physiology of Hypochondria in Eighteenth-Century Britain." In Cultures of the Abdomen: Dietetics, Digestion, and Fat in the Modern World, edited by Christopher E. Forth and Ana Cardin-Coyne. Palgrave Macmillan, 2005. 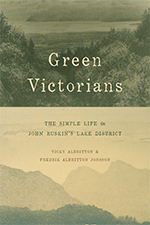 —Coorganizes "Climate Change: Disciplinary Challenges to the Humanities and Social Sciences" at the Neubauer Collegium
—Delivers the inaugural T. C. Smout Lecture in Scottish History on the "Enlightenment's Frontier: The Scottish Highlands and the Origins of Environmentalism" [audiocast, 55 minutes
—Talks at the Social Life of Forests Conference on "Invisible Forests: Natural Knowledge in the Making of Classical Economics" [video, 27 minutes] 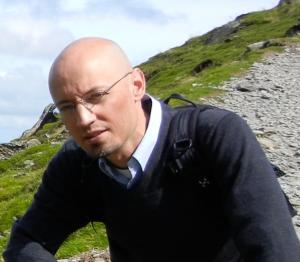