Assistant Professor of US History and the College

Gabriel Winant is a historian of the social structures of inequality in modern American capitalism. His work approaches capitalism as an expansive social order—not confined to the market alone but rather structurally composed of multiple, heterogeneous spheres. He focuses on the relationship between economic production and formal employment on the one hand, and the social reproduction and governance of the population on the other. Broadly, he is interested in transformations in the social division of labor and the making and management of social difference through this process.

His first book, The Next Shift: The Fall of Manufacturing and the Rise of Health Care in Rust Belt America investigates the rise of the “service economy” in the aftermath of manufacturing. The Next Shift locates the origins of today’s social inequality in America’s postwar political economy. Across the Rust Belt, the health care industry today dominates employment, accounting for one in five jobs in places like Detroit, Rochester, Baltimore, and Pittsburgh. As the care economy has grown, it has been an engine of insecurity for workers, who are overwhelmingly women and people of color employed at low wages and in precarious positions. Using Pittsburgh as a case study, The Next Shift shows how deindustrialization triggered the ascent of the care economy and stamped it with the inequalities produced by the New Deal state’s hierarchies of race and gender.

His second project, tentatively titled Our Weary Years: How the Working Class Survived Industrial America, explores similar problems in an earlier period. This project will examine the relationship between several key historical phenomena in capitalist development at the turn of the twentieth century: the survival strategies of new migrants in cities like Chicago and New York—often involving practices that were cooperative, informal, illicit, or illegal; the rise of mass production and the ensuing large-scale imbalances between production and consumption; and the construction and contestation of a new set of norms against informal, cooperative, and illicit—that is, non-market—survival strategies and the social worlds that sustained them.

Before coming to the University of Chicago, Winant was a visiting scholar at the American Academy of Arts and Sciences. He also writes frequently for publications such as the Nation, Dissent, and n+1.

"The Natural Profits of Their Years of Labor: Mass Production, Family, and the Politics of Old Age," forthcoming in Radical History Review 139 (January 2021).

“Anomalies and Continuities: Positivism and Historicism on Inequality,” Journal of the Gilded Age and Progressive Era 19, no. 2 (April 2020), 285-295.

“Conflict and Consensus: The Steel Strike of 1959 and the Anatomy of the New Deal Order,” coauthored with Kristoffer Smemo and Samir Sonti, Critical Historical Studies 4, no. 1 (Spring 2017), 39–73. 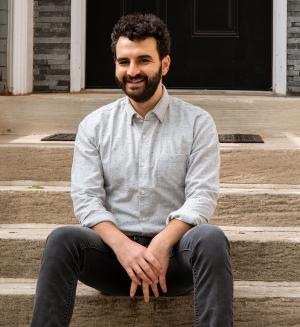