Hanna Holborn Gray Mrs. Gray is a historian with special interests in the history of humanism,  political and historical thought, and church history and politics in the Renaissance and the Reformation. She was president of the University of Chicago from July 1, 1978, through June 30, 1993.

Mrs. Gray is a fellow of the American Academy of Arts and Sciences and a member of the Renaissance Society of America, the American Philosophical Society, the National Academy of Education, and the Council on Foreign Relations of New York. She holds honorary degrees from over sixty colleges and universities, including Brown, Chicago, Columbia, Duke, Harvard, Michigan, Oxford, Princeton, Rockefeller, Toronto, and Yale.

Mrs. Gray currently serves as a trustee of the Newberry Library, the Marlboro School of Music, the Dan David Prize, and several other nonprofit institutions. She has served on the boards of Bryn Mawr College, Harvard University, the Howard Hughes Medical Institute, the Andrew W. Mellon Foundation, the Smithsonian Institution, and Yale University, and among others.

Mrs. Gray was one of twelve distinguished foreign-born Americans to receive the Medal of Liberty from President Reagan at ceremonies marking the rekindling of the Statue of Liberty's lamp in 1986. In 1991 she received the Presidential Medal of Freedom, the nation's highest civilian award, from President Bush. Among a number of other awards she has received the Jefferson Medal of the American Philosophical Society and the National Humanities Award in 1993. In 1996 Mrs. Gray received the University of Chicago's Quantrell Award for Excellence in Undergraduate Teaching and in 2006 the Newberry Library Award. In 2008 she received the Chicago History Maker Award of the Chicago History Museum.

Mrs. Gray’s most recent publications are Searching for Utopia: Universities and Their Histories (Berkeley: University of California Press, 2011) and An Academic Life: A Memoir (Princeton, 2018).

—"Renaissance Humanism: The Pursuit of Eloquence." Journal of the History of Ideas 24, no. 4 (1963): 497–514.
—"Valla’s Encomium of St. Thomas Aquinas and the Humanist Conception of Christian Antiquity." In Essays in History and Literature, edited by H. Bluhm, 37–52. Chicago: University of Chicago Press, 1965.
—"Machiavelli: The Art of Politics and the Paradox of Power." In The Responsibility of Power: Historical Essays in Honor of Hajo Holborn, edited by L. Krieger and F.  Stern, 34–53. New York: Doubleday, 1967.
—"Aims of Education." In The Aims of Education, edited by J. W. Boyer. Chicago: The College, 1987.
—"Some Reflections on the Commonwealth of Learning." In AAAS Science and Technology Yearbook 1992. American Association for the Advancement of Science, Washington D.C., 1993.
—"The Research University: Public Roles and Public Perceptions." In Legacies of Woodrow Wilson, edited by J. M. Morris, 23–44. Washington, DC: Woodrow Wilson Center, 1995.
—"The Leaning Tower of Academe." Bulletin of the American Academy of Arts and Sciences 49, no. 7 (Apr. 1996): 34–54.
—"Prospects for the Humanities." In The American University: National Treasure or Endangered Species? edited by R.G. Ehrenberg, 115–27. Ithaca, NY: Cornell University Press, 1997.
—"On the History of Giants." In Universities and their Leadership, edited by W. G. Bowen and H. T. Shapiro, 101–115. Princeton, NJ: Princeton University Press,1998.
—"One Hundred Years of the Renaissance." In Useful Knowledge, edited by A. G. Bearn, 247–54. Philadelphia: American Philosophical Society, 1999.
—"The Challenge of Leadership and Governance in the University." In Knowledge Matters: Essays in Honour of Bernard J. Shapiro, edited by P. Axelrod, 93–100. Montreal: McGill-Queen's University Press, 2004.
—"Western Civilization and Its Discontents." Historically Speaking 7, no. 1 (Sept./Oct. 2005): 41–42.
—Searching for Utopia: Universities and Their Histories. Berkeley: University of California Press, 2011.
—"Forward,"More Than Lore: Reminiscences of Marion Talbot. Chicago: University of Chicago Press, 2015.
—An Academic Life: A Memoir. Princeton, NJ: Princeton University Press, 2018. 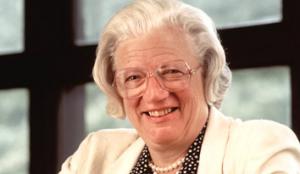