Professor Emeritus of Japanese History, East Asian Languages and Civilizations, and the College

PhD'87 The University of Chicago

He has taught in Japan as a study-trip leader for the Smithsonian Institution and the University of Chicago Alumni Association. He was an undergraduate educator for the Kyoto Consortium for Japanese Studies (KCJS) on three separate occasions, and in 2012, he led a group of University of Chicago undergraduates to Tokyo, Kyoto, Nara, and Osaka after a month studying Japanese history and culture with them at the university's Center in Beijing.

Professor Ketelaar was a member of the KCJS Governing Board for fifteen years and currently serves as the chair of the Executive Committee and the Governing Board of the Inter-University Center for Japanese Language Studies (IUC) based in Yokohama, Japan.

Professor Ketelaar is currently finishing a book on the importance of the barbarian and the frontier in the construction of Japanese national identity and national history: Ezo: A History of Japan's Eastern Frontier (Princeton, forthcoming). He is also beginning a book project on the roles and meanings of emotion in the construction of the historical imagination in Japan. Topics such as the relationships between the creator deities Izanagi and Izanami or between Minamoto no Yoshitsune and his retainer Musashi Bô Benkei are read as means to describe the intersection of literary and historical imaginations as well as means towards the end of writing a history of emotion in Japan.

Japanese translation with a new chapter: "For the Japanese Reader." Edo no naka no Nihon, Nihon no naka no Edo: Kachikan, Aidenteitei, Byoudou no shiten kara [Edo’s Japan, Japan’s Edo: From the Perspectives of Values, Identity and Equality], edited by James E. Ketelaar, Yasunori Kojima, and Peter Nosco. Tokyo: Kashima. 2016.

Jakyô, Junkyô no Meiji: Haibutsu kishaku to kindai Bukkyô. Tokyo: Pelikan, 2006. A substantially revised version of Heretics and Martyrs in Japanese with a new introduction.

Of Heretics and Martyrs in Meiji Japan: Buddhism and Its Persecution. Princeton, NJ: Princeton University Press, 1989. Winner of the Hans Rosenhaupt Memorial Award. 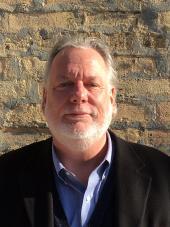