Professional service has included elected offices in the American Historical Association, professional ethics committees for the AHA and the Organization of American Historians, and advisory boards for the AHA, the Center for New Deal Studies at Roosevelt University, the National History Center, the Illinois Historical Society, the City of Chicago Department of Cultural Affairs, and the Chicago Public Library. He also has served as chair of the Board of the Chicago Metro History Education Center and President of the Hyde Park Soccer Club. He cochaired the Program Committee for the Annual Meeting of the Organization of American Historians in 2005. 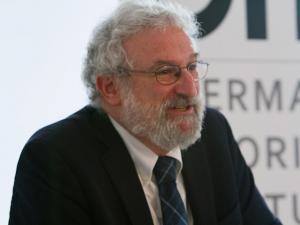