Norman and Edna Freehling Professor Emerita of History, the Conceptual and Historical Studies of Science, and the College

My research and teaching interests focus on the intellectual and cultural history of Europe, especially France, from the eighteenth through the twentieth centuries. I am particularly concerned with placing systems of thought in context—that is, situating them in relation to those social and political institutions that help to generate them and that subsequently deploy them. Much of my own work in this vein has concentrated on the psychological sciences and, hence, on the ways that sociopolitical forces unexpectedly shape our understanding and experience of our innermost selves.

After examining the formation of the nineteenth-century French psychiatric profession in Console and Classify, I turned my attention to a literal politics of selfhood. The Post-Revolutionary Self: Politics and Psyche in France, 1750-1850 traces the competition among three psychological theories—each entailing a distinctive conception of the self—for institutionalization in the state educational system: sensationalism; phrenology; and, the hands-down winner, the philosophical psychology of Victor Cousin, which featured a unified and willful moi. After completing it, I published Hysteria Complicated by Ecstasy, a microhistory of a Savoyard peasant girl whose strange malady brought her to the attention of the medical community in the 1820s. I used the manuscript detailing her case for a variety of methodological purposes: to probe the relationship between text and context; to examine in concrete terms what Foucault might have meant by his claim that "sexuality" emerged as a discursive object only in the early nineteenth century; and to argue for an area of compatibility between the foucauldian and freudian interpretive perspectives.

My current research project is an effort to write what I am calling "an empirical history of moral reasoning," using as my case the rise to prominence of racial theory in France from the 1840s through the 1860s. At a time before the disastrous consequences of racial theory became known, how did the individuals involved in crafting versions of that theory conceptualize it in moral terms?

Since 1996 I have served as an editor of the Journal of Modern History. In 2013 I was elected president of the American Historical Association for 2014.

"Neutralizing Freud: The Lycée Philosophy Class and the Problem of the Reception of Psychoanalysis in France." Critical Inquiry 40 (Autumn 2013): 40–82.

The Post-Revolutionary Self: Politics and Psyche in France, 1750–1850. Cambridge, MA: Harvard University Press, 2005.

Foucault and the Writing of History. Blackwell, 1994.

"Of Marx and Marksmanship: Reflections on the Linguistic Construction of Class in Some Recent Historical Scholarship." Modern Intellectual History 2 (2005): 87–107.

"The Future of French History in the United States: Unapocalyptic Thoughts for the New Millennium." French Historical Studies 24, no. 2 (Winter 2001): 1–10.

"Mutations of the Self in Old Regime and Post-Revolutionary France: From Ame to Moi to Le Moi." In Biographies of Scientific Objects, edited by Lorraine Daston, 86–116. Chicago: University of Chicago Press, 2000.

"Eclectic Subjectivity and the Impossibility of Female Beauty." In Picturing Science, Producing Art, edited by Caroline A. Jones and Peter Galison, 360–78. Routledge, 1998.

"The Advent of Psychological Modernism in France: An Alternate Narrative." In Modernist Impulses in the Human Sciences, edited by Dorothy Ross, 190–209, 342–46. Baltimore: The Johns Hopkins University Press, 1994.

"Foucault and the Post-Revolutionary Self: The Uses of Cousinian Pedagogy in Nineteenth-Century France." In Foucault and the Writing of History, edited by Jan Goldstein, 99–115, 276–80. Blackwell, 1994.

"'The Lively Sensibility of the Frenchman': Some Reflections on the Place of France in Foucault's Histoire de la folie." History of the Human Sciences 3 (1990): 333–41.

"The Wandering Jew and the Problem of Psychiatric Anti-Semitism in Fin-de-Siècle France." Journal of Contemporary History 20 (1985): 521–52. 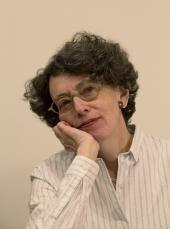