Professor of American History, the Law School, and the College

I am a professor in History, the College, and the Law School. My most recent book, White Fright: The Sexual Panic at the Heart of America's Racist History (Basic Book, 2020), concerns race, sex, and the civil rights movement from emancipation to the present. My next most recent book is Building the American Republic, Volume 2: A Narrative History From 1877 (Chicago, 2018). Both volumes are free in e-book form.

My work has revolved around the relationship between race, sex, and politics in the post-Emancipation South. My first book, Before Jim Crow: The Politics of Race in Postemancipation Virginia (North Carolina, 2000), analyzed the conditions that facilitated and, ultimately, undid interracial democracy in the post–Civil War South. An edited collection with Glenda E. Gilmore and Bryant Simon, Jumpin' Jim Crow: Southern Politics from Civil War to Civil Rights (Princeton, 2000), continued the theme of African American resistance to white domination from Reconstruction through the 1950s. A third book, The Age of Jim Crow: A Norton Documentary History (Norton, 2008), examines the creation and dissolution of legal segregation in America through primary sources.

My awards include fellowships from the American Council of Learned Societies, the American Academy in Berlin, the Alphonse Fletcher Foundation, and the John Simon Guggenheim Memorial Foundation.

Building the American Republic, Volume 2: A Narrative History from 1877. Chicago: University of Chicago, 2018.

"Is Marriage a Civil Right? The Politics of Intimacy in the Jim Crow Era." In The Folly of Jim Crow: Rethinking the Segregated South, edited by Stephanie Cole and Natalie J. Ring, 176–208. College Station: Texas A&M Press, 2012.

"The Civil Rights Movement in the South." In Speaking Out With Many Voices: Documenting American Activism in the 1960s and 1970s, edited by Heather Ann Thompson. Upper Saddle River, NJ: Prentiss Hall, 2008.

"The Limits of Liberalism in the New South: The Politics of Race, Sex, and Patronage in Virginia" and "Introduction." In Jumpin' Jim Crow​: Southern Politics from Civil War to Civil Rights, edited by Jane Dailey, Glenda Gilmore, and Bryant Simon, 3-6, 88–114. Princeton, NJ: Princeton University Press, 2000.

"Deference and Violence in the Postbellum Urban South: Manners and Massacres in Danville, Virginia." Journal of Southern History 63 (August 1997): 53–90.

"The Confederate General Who Was Erased from History." Huffington Post (Aug. 21, 2017). 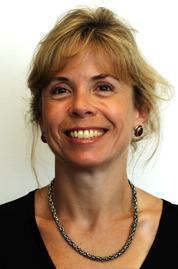