Professor Emeritus of Iranian and Central Asian History, Near Eastern Languages and Civilizations, and the College

Professor Woods focuses primarily on the history of Turkey, Iran, and Central Asia from the thirteenth to eighteenth century. He is particularly interested in aspects of the encounter of sedentary and nomadic people in those regions during that time period. He is at present working on several projects dealing with the age of Chinggis Khan and Timur (Tamerlane). He has played a central role in the Center for Middle Eastern Studies since 1980.

"The Rise of Timurid Historiography." Journal of Near Eastern Studies 48 (1987).

—Appears in the 2016 documentary, "The Tomb of Genghis Khan: The Secret Revealed"
—Awarded 2014 Quantrell Award for Excellence in Undergraduate Teaching
—Awarded the Farabi International Award by UNESCO and the Iranian Government for Aqquyunlu: Clan, Confederation, Empire, revised edition (Utah, 1999) 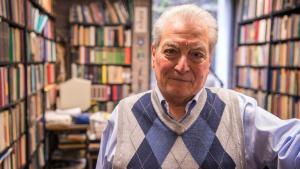