Phyllis Fay Horton Distinguished Service Professor in the Humanities; Professor of History, Classics, and the College

Jonathan Hall's earlier research was focused on the cultural and social history of ancient Greece, with a particular emphasis on the construction, meaning, and functions of ethnic identity among Greek communities. His first book, Ethnic Identity in Greek Antiquity (Cambridge, 1997), tackled the question of Greek ethnicity from an explicitly interdisciplinary point of view and received the 1999 Charles J. Goodwin Award for Merit from the American Philological Association. A second book, Hellenicity: Between Ethnicity and Culture (Chicago, 2002), explored the emergence and transformation of Greek self-consciousness in antiquity, and was the recipient of the 2004 Gordon J. Laing Award from the University of Chicago Press. His History of the Archaic Greek World, ca. 1200–479 BCE (Malden MA, 2007), has been translated into Polish and Greek and has appeared in a second revised edition (Chichester, 2014), while his most recent book, Artifact and Artifice: Classical Archaeology and the Ancient Historian (Chicago, 2014), examines a series of case studies from the Greek and Roman worlds as part of a reflection on the relationship between documentary evidence and material culture. He is also the author of a series of articles and chapters concerning the early polis, Greek colonization, and cultural identities. He is currently completing a book on the history of post-antique Argos and its archaeological heritage in the modern era.  In 2009 he was awarded the Quantrell Award for Excellence in Undergraduate Teaching.

Hellenicity: Between Ethnicity and Culture. Chicago: University of Chicago Press, 2002.

"The Determinacy of Space and State formation in Archaic Greece." In Eurasia at the Dawn of History: Urbanization and Social Change, edited by M. Fernández-Götz and D. Krausse, 279–90. Cambridge: Cambridge University Press, 2017.

"The Rise of State Action in the Archaic Age." In A Companion to Ancient Greek Government, edited by H. Beck, 9–21. Chichester: Wiley-Blackwell, 2013.

"Early Greek Settlement in the West: The Limits of Colonialism." In Theatre Outside Athens: Drama in Greek Sicily and South Italy, edited by K. Bosher, 19–34. Cambridge: Cambridge University Press, 2012.

"Imagining a Community beyond the Polis: The Emergence and Transformation of the Ethnos." In Forme sovrapoleiche e interpoleiche di organizzazione nel mondo greco antico, edited by M. Lombardo, 28–37. Galatina: Congedo, 2011.

"Autochthonous Autocrats: The Tyranny of the Athenian Democracy." In Private and Public Lies: The Discourse of Despotism and Deceit in the Ancient World, edited by K.O. Chong-Gossard, F. Vervaet, and A. Turner, 11–28. Leiden: Brill, 2010.

"Foundation Stories." In Greek Colonisation. An Account of Greek Colonies and Other Settlements Overseas in the Archaic Period, vol 2, edited by G. Tsetskhladze, 383–426. Leiden: Brill, 2008.

"The Dorianization of the Messenians." In Helots and their Masters in Laconia and Messniea: Histories, Ideologies, Structures, edited by N. Luraghi and S.E. Alcock. Washington, DC: Center for Hellenic Studies, 2003.

"Sparta, Lakedaimon and the Nature of Perioikic Dependency." In Further Studies in the Ancient Greek Polis, edited by P. Flensted-Jensen. Stuttgart: Franz Steiner, 2000.

"The Role of Language in Greek Ethnicities." Proceedings of the Cambridge Philological Society 41 (1995). 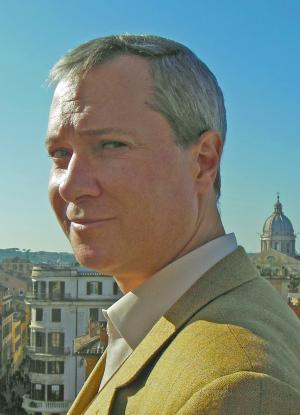