Harriet and Ulrich E. Meyer Professor of Jewish History and the College

Ken Moss is a historian of modern Jewish politics, culture, and thought. Trained in global Jewish history from the mid-18th century to the present, he works primarily on the Jews of 19th and 20th-century Eastern Europe, with interests in Jewish history in Palestine, Israel, and the US as well.

Much of Professor Moss’ research to date pivots around two main questions: how Jewish visions of cultural and political self-determination born in the age of the nation were realized, frustrated, unmade, or recast across the 20th century, and how nationalism both as an ideology and as a global fact has shaped 20th century Jewish life. Professor Moss’ early research focused on how the progenitors of self-consciously modern Hebrew and Yiddish cultural spheres in Eastern Europe engaged with Western European ideals of art and culture as the highest realms of freedom, value, and self-determination in a secular age. This research sought to show that those ideals, so at odds with the collectivist dictates of the cultural nationalism that initially motivated the Hebrew and Yiddish intelligentsia, had a surprisingly deep impact on the content of the culture that intelligentsia actually created and on the grammar of Jewish cultural nationalism itself. This research culminated in his first book Jewish Renaissance in the Russian Revolution (Harvard University Press, 2009), which examined bold projects of Yiddish and Hebrew cultural renaissance in the first years after the overthrow of the Tsarist regime to reveal the presence and power of ideas of aesthetic autonomy, cultural democracy, and secular creative individuality even in an age of increasingly illiberal nationalism and incipient revolutionary totalitarianism.

Since then, Professor Moss’ focus has shifted to the intertwined history of Jewish political experience in the nation-state, Zionism and Diasporism in Jewish political thought, and Jewish political dilemmas and choices in the 1920s and 1930s – particularly as these related to the situation of the Jews of Poland, Europe’s largest Jewish community before the Holocaust. In autumn 2021, Harvard University Press will publish his book An Unchosen People: Jewish Political Reckoning in Interwar Poland, which examines the transformation of Polish Jewish social thought and political reason in the 1930s in the face of rising ethnonationalism, festering antisemitism, the unexpected weakness of liberalism and socialism alike, and some Jews’ own belated reckoning with how little power minority communities really had to shape their own future in an era of populism, want, and the politics of rage, fear, and hate. An Unchosen People combines intellectual and social history, examining the works of Polish Jewry’s most searching Zionist and Diasporist thinkers as they confronted political irrationality, state crisis, the crisis of culture, and the limits of resistance while also recovering a lost grassroots history of critical thought and political searching among ordinary Jews as they struggled to find a viable future for themselves—in Palestine if not in Poland, individually if not communally. Where the first arc of Professor Moss’ research asked how Jews participated in a modern dream of freedom and self-determination through art, this second arc investigates how the East European Jewish experience speaks to two other, grimmer global histories: the history of progressive social thought’s ongoing struggle to make sense of the unexpected powers of the politics of hate and fear, and the history of minority confrontations with majority pathologies they cannot change and with the imperatives of communal triage under conditions of powerlessness and danger.

Professor Moss is now turning to two new projects. A project provisionally entitled Israel’s Future: A History will investigate how state and military planners, intellectuals both establishment and anti-establishment, business circles, and now-dominant illiberal nationalist and ethnoreligious parties and thinktanks have approached Israel’s future (as well as the future of the occupied territories and the future – or interminable present – of the Palestinians under Israeli occupation) as a distinct object of planning, debate, intervention, power, and critique in ethnopolitical, economic, security, political-theological, environmental, and global-catastrophic idioms. Hopefully, this will be both a contribution to the history of Israeli political culture and a history of the transformation of the Jewish condition into one defined as much by power (over others as well as oneself) as by risk. Professor Moss is also beginning a project on postwar American Yiddish poetry not in its familiar role as a site of mourning for what was lost in the Holocaust but as a site of social thought and reflection on the emerging ‘American century’ – the wages of American prosperity and global power, the promises and risks of scientific breakthrough, American racism and racial formations, and distinctly American modes of intimacy, self-making, and religiosity.

Professor Moss has also conducted research on the relations between religion and nationalism in a comparative vein (with Roger Friedland); the history of Jewish printing and publishing; and, of course, St. Patrick’s Day and the construction of Irish American identity.

Professor Moss was co-editor of Jewish Social Studies from 2014-2020. A volume of original essays on Israel’s Russian and Polish political and cultural lineages, co-edited with Benjamin Nathans and Taro Tsurumi, is forthcoming as From Europe’s East to the Middle East (University of Pennsylvania Press, 2021). With Professor Israel Bartal of the Hebrew University of Jerusalem, Professor Moss is editing volume 7 of the Posen Library of Jewish Culture and Civilization. Subtitled National Renaissance and International Horizons, 1880–1918, the volume brings together nearly 1000 primary sources in all genres of Jewish creativity from around the globe and from a dozen languages.

Professor Moss was the Felix Posen Professor of Modern Jewish History at the Johns Hopkins University from 2003 to 2021, where he ran the Stulman Jewish Studies program from 2010-2017.

In addition to introductory courses on modern Jewish history from the 18th century to the present, Professor Moss has taught specialized seminars on East European Jewry, the history of Palestine and Israel from the Mandate period to the present, Jewish religion and secularity in Eastern Europe and Israel, 20th century Jewish politics and political thought, the history of the Holocaust, Jews and the city, and the history of the idea of Jewish culture. He looks forward to teaching in the Jewish Civ track at the University of Chicago, beginning this winter quarter. He has also taught undergraduate courses on 20th century social theory; the history and sociology of nationalism; and the transatlantic history of racial and national minorityhood 1880-1939 (with Michael Hanchard). At the graduate level, he teaches modern Jewish historiography and has taught specialized seminars on modern Jewish politics; Mandate Palestine; histories of nationalism; the institution of culture; and theories and histories of secularism and religion in modernity and the present.

“From Zionism as Ideology to the Yishuv as Fact: Polish Jewish Relations to Palestine on the Cusp of the 1930s,” in From Europe’s East to the Middle East: Israel’s Russian and Polish Lineages, ed. Moss, Benjamin Nathans, and Taro Tsurumi (University of Pennsylvania Press, forthcoming).

“Arnold in Eishyshok, Schiller in Shnipishok: Imperatives of ‘Culture’ in East European Jewish Nationalism and Socialism” in Journal of Modern History, v. 81, 3 (September 2009): 537-578.

“1905 as a Jewish cultural revolution? Revolutionary and evolutionary dynamics in the East European Jewish cultural sphere, 1900-1914” in The Revolution of 1905 and Russia’s Jews: a Turning Point?, eds. Stefani Hoffman and Ezra Mendelsohn (Philadelphia: University of Pennsylvania Press, 2008), 186-198.

Between Renaissance and Decadence: Literarishe Monatsshriften and its Critical Reception” in Jewish Social Studies, v. 8, 1 (Fall 2001): 153-198. 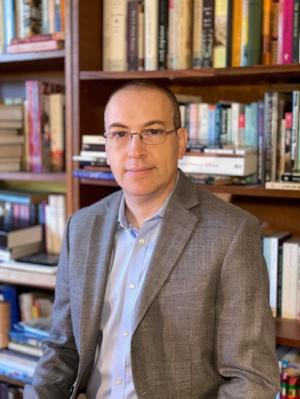