Assistant Professor of History and the College

Mary Hicks is a historian of the Black Atlantic, with a focus on transnational histories of race, slavery, capitalism, migration and the making of the early modern world. Her first book, Captive Cosmopolitans: Black Mariners and the World of South Atlantic Slavery, 1721-1835, reimagines the history of Portuguese exploration, colonization and oceanic commerce from the perspective of enslaved and freed black seamen laboring in the transatlantic slave trade. As the Atlantic world’s first subaltern cosmopolitans, black mariners, she argues, were integral in forging a unique commercial culture that linked the politics, economies and people of Salvador da Bahia with those of the Bight of Benin.

More broadly, she seeks to interrogate the multiplicity of connections between West Africa and Brazil through the lens of mutual cultural, technological, commercial, intellectual and environmental influences and redefine how historians understand experiences of enslavement and the middle passage. In addition to investigating the lives of African sailors, she also explores the cultural and religious sensibilities of enslaved and freed African women in living in 19th century Salvador da Bahia. Along these lines, her second book will detail the emergence and elaboration of new gendered and racialized subjectivities in the wake of Portugal’s initiation of trade with West Africa in the fifteenth century.

Captive Cosmopolitans: Black Mariners and the World of South Atlantic Slavery, 1721-1835 (under contract with Omohundro Institute of Early American History & Culture for The University of North Carolina Press), forthcoming

“João de Oliveira’s Atlantic World: Mobility and Dislocation in Eighteenth-Century Brazil and the Bight of Benin,” in The Many Faces of Slavery: New Perspectives on Slave Ownership and Experiences in the Americas Eds. Lawrence Aje and Catherine Armstrong, (London: Bloomsbury Press, 2019) 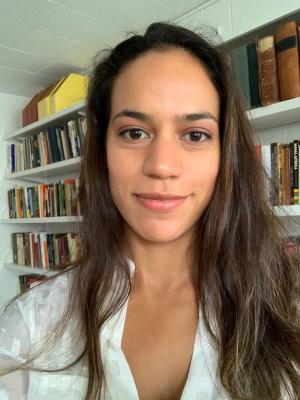