Associate Professor of American History and the College

Faculty Affiliate, Center for the Study of Race, Politics, and Culture

A deep and abiding interest in the interactions between Asian Americans and African Americans drives my first book manuscript. Focusing primarily on the home front culture of World War II, but utilizing the necessary bookends of the Popular Front of the 1930s and the Cold War of the 1950s, my monograph interrogates the ways in which different racialized and ethnic groups interacted during a heightened sense of possibility for an American multiracial democracy. Unpublished diaries of incarcerated Japanese American, Charles Kikuchi, serve as a narrative through-line for the manuscript—he wrote every day of his life, from the bombing of Pearl Harbor until his death in 1988. While Kikuchi can be considered one of a handful of radical Nisei (second-generation) intellectuals consumed by the constitutional violation of Japanese Americans, he was most deeply concerned with the welfare of African Americans and other oppressed minorities. Recognition of their equality by the rest of the nation would prove key to the fulfillment of democracy at home and abroad. My book therefore considers prototypes for Kikuchi, like Karl Yoneda, a highly visible Communist Party member during the Popular Front, intellectual mentors during the war, such as immigrant activist Louis Adamic, W.I. Thomas, and Dorothy Thomas, social scientists associated with, respectively, the Chicago school of sociology and Japanese evacuation and resettlement study, and “everyday people,” from African Americans on the South Side of Chicago to Filipino migratory farm laborers in central California. The Cold War closes off some of the interracial and democratic possibilities of this fertile intellectual era, but not before a constellation of radical counterpublics appear on the national and international maps. A cartography of this period, therefore, demonstrates not only the importance of reexamination of the Kikuchi diaries, but also the efforts and limits of these particular publics to repossess, reclaim, and redefine American democracy.

I have been honored to be a dissertation fellow at the Charles Warren Center for Studies in American History, and an Andrew W. Mellon Foundation Postdoctoral Fellow. Prior to Chicago, I taught at Harvard, Princeton, Columbia, and most recently, the University of Michigan.

"The Unpublished Diaries of Charles Kikuchi: 'Black and Yellow' through the Eyes of a Progressive Nisei Intellectual." Prospects: An Annual of American Cultural Studies 28 (2004): 383–47.

"Call-and-Response: Tracing the Ideological Shifts of Richard Wright through His Correspondence with Friends and Fellow Literati." African American Review 37, no. 1 (spring 2003): 53–64. 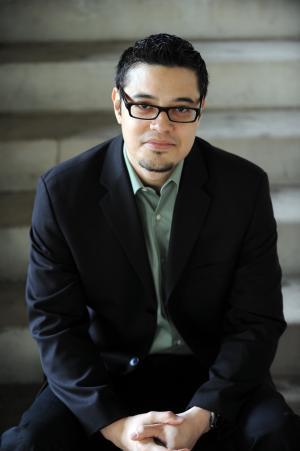