Associate Professor of Medieval History, Fundamentals, and the College

My research and teaching focus on the intellectual and cultural history of Europe in the Middle Ages, with particular emphasis on the history of Christianity in the Latin West. I also offer courses on the history of European civilization and the works of J. R. R. Tolkien. My ongoing research addresses the interplay between intellect and empathy in the practical development of a discipline of prayer. My immediate purpose is to find a way to describe prayer as a practical art, that is, as a practice that takes skill and uses particular tools. My ultimate goal is to develop an understanding of the meaning and importance of worship as itself a creative act.

In my research I have paid special attention to the medieval devotion to the Virgin Mary. Why? Because Mary is more than just the Virgin whom Christians believe gave birth to the Son of God. She is the key that unlocks the medieval era itself. As I argue in the proposal for the Companion to the Christian Tradition that I have been invited to edit for Brill, to understand the place of Mary in medieval Christian devotion, it is not enough to study her as an art historian or a musicologist or a literary scholar or an historian or a theologian. To understand Mary as medieval Christians imagined her, one has to understand everything. She is there in the art and the architecture and the music. She is there in the literature and the liturgy and the liberal arts. She is there in the most elevated expressions of human imagination and in the humblest prayers for help. She is there in the politics and in the ideals of marriage, in battle cries and in pleas for mercy for the oppressed. Medieval Christianity is inconceivable without her, and yet, since the Reformation, Christians have struggled to explain why she should have been there at all. “All the steam in the world,” Bostonian Henry Adams (d. 1918) once opined, “could not, like the Virgin, build Chartres.” He might better have said, “build Christendom.”

In my first book, From Judgment to Passion: Devotion to Christ and the Virgin Mary, 800–1200 (Columbia, 2002), my primary goal was to find a way to make a hitherto obscure tradition of scriptural commentary readable as a form of devotion. For my second book, Mary and the Art of Prayer: The Hours of the Virgin in Medieval Christian Life and Thought (Columbia, 2017), I wanted to take this exercise further and find a way to help modern academic and lay readers imagine seeing the world as a medieval Christian might, from within, while at the same time making clear what it took for medieval Christians to construct that worldview. My sources for this second project were similar to those that I used for my first book: liturgical chants and prayers, commentaries on scripture, stories told about the miracles of the Virgin, sculpted and painted images, all situated in the biographies of their authors and the larger transformations of the society and tradition in which they were produced. My question was likewise similar: what did it mean for medieval Christians to pray to the Virgin Mary as the Mother of God and to Jesus Christ as her Son? But my goal was somewhat more ambitious: not just to show modern readers how medieval Christians talked about Mary and her Son, but to give modern readers some sense of what it was like to see the world through this devotional and theological frame.

I apply a similar methodology in my teaching. Why do I teach medieval European history? Because story matters. More particularly: because the stories with which we fill our imaginations shape our souls as well as our actions in the world. All of the courses that I teach begin from this premise: that the study of history is valuable not just for the skills that it imparts, but also for its content because it is the content of its stories that gives shape to our understanding of ourselves and our world. The humanities as a whole have become heavily invested in the intersection of identity and practice over the past thirty or so years, but history has always been about identity—about our particular identities as individuals and about our shared identity as human beings. It is the practice of telling ourselves, as human beings, who we are.

In all my courses, I focus on helping students become aware of the way in which stories frame the way they think about the past, while at the same time encouraging them to read the sources I assign for the questions that they were originally intended to answer; that is, to look for the frames within which they were originally written. In my two-quarter section of Chicago’s core sequence “History of European Civilization,” this exercise takes the form of particular questions that I have the students ask about each text that we read: What does the author tell us (explicitly or implicitly) about why he or she was writing? Why was the author’s subject so important that he or she considered it worth writing about? What does the author’s interest in the subject tell us about the historical circumstances in which he or she was writing? In my undergraduate and graduate courses in medieval history and the history of Christianity, my methodology is the same, if less explicit: to think ourselves inside the frame(s) from within which our sources were written so as to attempt to understand why their authors made the arguments that they did in the way that they did and thereby become aware of the limitations of our own frames.

Such an exercise is necessarily always contingent and provisional, subject to revision as we read further into the sources, become aware of new elements in the story, and encounter assumptions for which we have no interpretive frame. My own teacher Caroline Walker Bynum coined the phrase “history in the comic mode” to describe this process. As Bruce Holsinger and I explained in the afterword to the Festschrift that we co-edited in her honor,

History in the comic mode challenges us as scholars (and storytellers) to recognize not only our endings, that is, our answers—carefully articulated on the basis of a proper weighting of the evidence in context, balanced against all the slippages and silences of the sources themselves—as constructions, but also our beginnings; the punch line is only funny, the answer is only satisfying, if we accept the premise of the joke...

As with all comedy, such an openness [to our own contingency] involves risks—we cannot be sure of our audience’s response any more than we can of our answers—and yet, we would insist, to refuse to take these risks out of otherwise commendable concerns for objectivity or methodological applicability, never mind contemporary political urgency, is less a mark of serious scholarly rigor than it is a tragic refusal to join in the fun.

I want my students to join in the fun, even as it challenges them to take risks, even as it threatens to overturn everything they have previously learned about the past—or about themselves.

Mary in the Scriptures: The Unexpurgated Tradition. The Theotokos Lectures in Theology 7. Milwaukee: Marquette University Press, 2014.

"What's in a Psalm? British Library, MS Arundel 60 and the Stuff of Prayer." In Rome and Religion in the Medieval World: Studies in Honor of Thomas F.X. Noble, edited by Valerie L. Garver and Owen M. Phelan, 235–52. Farnham, Surrey: Ashgate, 2014.

"Hildegard of Bingen’s Theology of Revelation." In From Knowledge to Beatitude: St. Victor, Twelfth-Century Scholars, and Beyond. Essays in Honor of Grover A. Zinn, Jr., edited by E. Ann Matter and Lesley Smith. Notre Dame: University of Notre Dame Press, 2013.

"Anselm and Praying with the Saints." In Experiments in Empathy: The Middle Ages, edited by Karl F. Morrison and Rudolph M. Bell. Turnhout: Brepols, 2013.

"The Virgin in the Garden, or Why Flowers Make Better Prayers." Spiritus: A Journal of Christian Spirituality 4 (Spring 2004): 1–23.

From Judgment to Passion: Devotion to Christ and the Virgin Mary, 800–1200. New York: Columbia University Press, 2002.

"'Quae est ista quae ascendit sicut aurora consurgens?': The Song of Songs as the Historia for the Office of the Assumption." Mediaeval Studies 60 (1998): 55–122.

—Discusses Holy Fools in film, Fox Valley Film Critics, February 2020 [video, 29 mins]
—"Stephen McInerney speaks with Rachel Fulton Brown," The Ramsay Centre Podcast, August 19, 2019
—"Reclaiming the Middle Ages from Contemporary Politics," The Australian, August 10, 2019
—Delivers talk, "Is Academia Good for the Soul?," Society For Academic Freedom and Scholarship, August 2019 [video, 76 mins]
—Delivers the first Chris and John Furedy Lecture, Society for Academic Freedom and Society, Canada, May 3, 2019 [video, 79 mins]
—"Episode 1407: Does Study of the Middle Ages Have a 'White Supremacy' Problem,” The Tom Woods Show, May 16, 2019
—"In the Academic Sandbox: A skirmish in Medieval Studies," First Things, June 2019
—"Medieval Scholars Joust With White Nationalists. And One Another," New York Times, May 5, 2019
—"It's Her Cathedral," Catholic Herald, Apr. 18, 2019
—"Fire in the Cathedral," First Things, Apr. 17, 2019
—"How the Christchurch Shooter Seduced the Media With His Evil," American Greatness, Mar. 18, 2019
—"One Gutsy Medievalist," National Review, Sept. 14, 2018
—Delivers talk, "Training the Soul in Virtue: Lessons from the West," National Association of Scholars conference [video, 38 mins]
—Publishes Mary and the Art of Prayer: The Hours of the Virgin in Medieval Christian Life and Thought (Columbia, 2017) 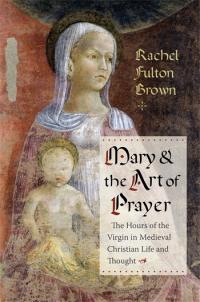 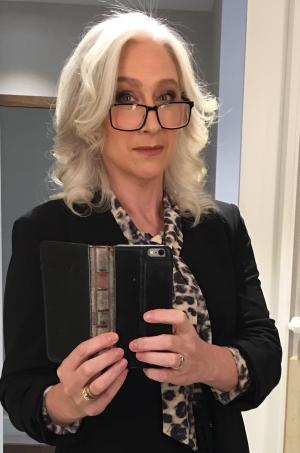