Decolonizing the Empire by Treaties: Travancore and the Federalist Alternative to the Nation-State in Late Colonial India

Sarath Pillai is a PhD candidate in history at the University of Chicago. His PhD dissertation studies the rise and fall of federalist ideas in interwar and postwar South Asia (1920s-1940s). It focuses on the federalist imaginings of the liberals and the Indian princely states, and reconstructs the intellectual history of modern South Asia by placing federalism (as opposed to communalism or anticolonial nationalism) as the central rallying point of Indian politics in the last three decades of colonial rule. This project draws upon and advances his long-standing interests in Modern South Asian history, postcolonial studies, British imperial history, legal history, history of political and legal thought, and histories of decolonization, sovereignty, nationalism, self-determination and international law. His exam fields were Subaltern and Postcolonial Histories, British Empire, and International History.

He has been a preceptor in the Master of Arts Program in the Social Sciences since September 2019. At MAPSS, he teaches a section of the program’s required interdisciplinary course, Perspectives in Social Science Analysis, and advise student theses on a range of topics. He has also served as an Associate Student Ombudsperson at the University. In the past, he has served as an intern/teaching assistant in a few core sequences in the College of the University of Chicago: for a year in "Self, Culture, Society" (social science core focused on social theory) and for a quarter each in "Colonizations-II" and "Introduction to South Asian Civilizations-II." He has also taught modern South Asian history and European history at Hindu College and Indraprastha College for Women, both under the University of Delhi. He holds a master of studies in law from Yale Law School and a master of arts in history from the University of Delhi. 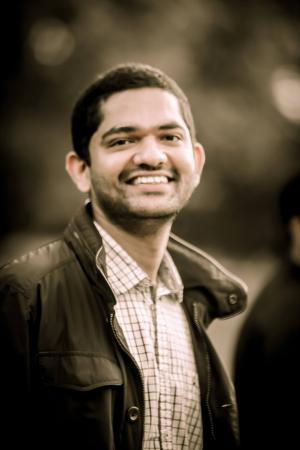