Thomas E. Donnelly Professor of British History and the College

I am a historian of Britain and its Empire, of comparative revolutions, comparative empires, and of northern Europe more broadly. I am both a deeply committed archival historian and a scholar who believes profoundly that historians should engage with the social sciences. My first book, Protestantism and Patriotism, was an entangled and comparative study of English and Dutch politics, culture, and society in the mid-seventeenth century. I traced the decline of apocalyptic thinking and the rise of notions of political economy in England and the Dutch Republic. My second major monograph, 1688: The First Modern Revolution, offered both a major revisionist account of England's Glorious Revolution and a reappraisal of the literature on revolutions more broadly. I showed that far from being an unrevolutionary revolution, the Revolution of 1688 radically transformed English state and society. The revolution, I suggest, can only be understood by placing it in a European and global context. Since 1688 was a radical revolution, I suggest, it is imperative to rethink the nature of revolutions since so much of that literature assumed that the later eighteenth-century French Revolution was the first modern revolution. My third monograph, The Heart of the Declaration, argued that by placing the American Revolution and its seminal document, the Declaration of Independence, in an imperial rather than proto-national context it becomes clear that Americans broke away from Britain not because they resented the imperial state but because they wanted a different kind of state—one that would actively promote social and economic prosperity and equality.

I am currently engaged in a number of research projects. For the past decade I have been working on a Global History of the British Empire, ca. 1650–1784. This book, based on research in a wide range of European, North American, and West Indian archives, insists that the British imperial state was just as institutional strong if structurally distinct, from its rivals. Throughout the empire Britons debated and fought over the kind of imperial state they wanted. Some wanted to focus on a political economy that privileged colonial production over one that emphasized colonial consumption; some wanted an empire that favored England, while others thought the empire should be organized as a confederation; some thought chattel slavery was essential to the prosperity of the empire while others decried cattle slavery as economically and morally deleterious; some thought the empire should protect and promote the development of indigenous peoples, while others thought indigenous peoples were a barrier to imperial development. I insist that accounts of the colonies that focus on the binary relationship between a particular colony or set of colonies and Britain will necessarily misunderstand that relationship. The British Empire can only be understood as a global phenomenon. It is essential to think the empire whole. I am working on a second monograph, Partners in Revolution, that compares the Irish Revolution of 1782 and the American Revolution. I highlight the social, cultural, and ideological similarities between the Irish and American situations. The book explains why Americans severed ties with the British Empire and the Irish did not. I suggest that one of the consequences of the abortive Irish Revolution was that the re-emergence of confessional divisions in Ireland. Finally, I am working on a set of essays (maybe a book) with James Robinson of Harris Public Policy, trying to explain British divergence: why was it that Britain, and not China, India, France, or the Dutch Republic, became the first industrial nation? Why did the British state take the distinctive form that it did?

My research has been supported over the years with fellowships from the Harvard Society of Fellows, the ACLS, the Guggenheim Foundation, the Dorothy and Lewis B. Cullman Center, the Institute for Advanced Studies at Princeton, the Woodrow Wilson Foundation, and the American Philosophical Society. I have been a visitor at All Souls College (Oxford), EHESS (Paris), IMT (Lucca) and the University of Warwick.

I am deeply committed to both undergraduate and graduate education. I am happy to supervise senior theses and doctoral dissertations on any topic in British history, the history of the British Empire, Atlantic history, Dutch history, political economy, revolutions, comparative empires, history of European ideas, seventeenth- and eighteenth-century religious history, and the cultural history of seventeenth- and eighteenth-century Europe.

I am a co-convenor of the HIstory and Social Sciences and the Empires and the Atlantics forums. 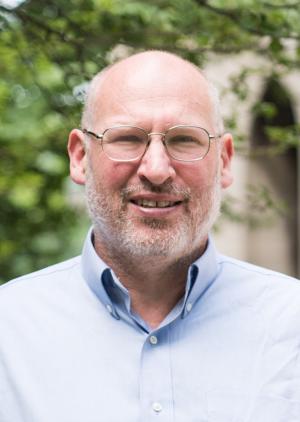