Professor of History, East Asian Languages and Civilizations, and the College

I am a historian of Japan's "long" nineteenth century (1780s–1910s). I am interested in the social history of intellectual and cultural practices and the continuities and ruptures between what conventional periodization terms Japan's "early modern" and "modern" eras. My first book, Before the Nation: Kokugaku and the Imagining of Community in Early Modern Japan (Duke, 2003) examined the nativist discourse of the late Tokugawa period. It traced the efforts of early nineteenth century intellectuals to define the nature of "Japan" as a locus of personal and cultural identity and the appropriation of aspects of this discourse by modern scholars who sought to define the contours of modern Japanese nationalism.

With the completion of this project I turned to a new set of questions related to the history of the body as it came to be conceptualized within medical and legal discourses. My second monograph, Kingdom of the Sick: Leprosy, Citizenship, and Japan (University of Hawaii Press, forthcoming) explores the long history of leprosy in Japan from the late medieval period when it was identified as a "karmic retribution disease" to the modern period when attempts to control the disease prompted the creation of a system of public sanitaria. I argue that in the modern era leprosy, a particularly stigmatized disease, became the object of an intense debate on the place of the chronically ill and disabled within the Japanese nation.

Gender is an important category of analysis within my work and I have a long-standing interesting in issues of reproductive health and reproductive rights. Together with Barbara Brooks, I co-edited Gender and Law in the Japanese Imperium (Hawaii, 2014). I authored the introduction and contributed an essay that examined the criminalization of abortion and infanticide in late nineteenth-century Japan.

I am currently working on two additional monographs. The first explores the intellectual and professional world of an early modern doctor who practiced in the villages in Akita in the 1830s and '40s. It seeks to explore the impact of new forms of knowledge, techniques, and materia medica for medical practice and considers the implications of the "medical revolution" of the early nineteenth century for the state-sponsored introduction of Western biomedicine after 1870. The second builds on my research on medical commodities, alternative therapies, and psychiatric practice and explores the impact of the new medical marketplace on ideas about mental health in Japan from c. 1880–1940.

In recent years, I have become interested in the use of digital tools for historical research, specifically ArcGIS and text mining. I utilized ArcGIS in my research on leprosy to explore the place of private leprosy hospitals and clinics in the cityscape of late nineteenth-century Tokyo. I am working on a digital project called "Mapping Medical Tokyo" that seeks to visualize and analyze the spatial dimensions of health, disease, and medical care in the Meiji-era city.

My work has been supported by the Fulbright-Hays Fellowship, the IIE Fulbright, the Japan Foundation, the Japan Society for the Promotion of Science, and the National Endowment for the Humanities.

Kingdom of the SIck: A History of Leprosy and Japan. Honolulu: University of Hawaii Press, 2019.

Before the Nation: Kokugaku and the Imagining of Community in Early Modern Japan. Durham, NC: Duke University Press, 2003.

"History, Testimony, and the Afterlife of Quarantine: The National Hansen's Disease Museum of Japan." In Quarantine: Local and Global Histories, edited by Alison Bashford, 210–29. London: Palgrave, 2016.

"Rethinking 'Leprosy Prevention': Entrepreneurial Doctors, the Meiji Press, and the Civic Origins of Biopolitics." Journal of Japanese Studies 38, no. 2 (Sum. 2012): 297–323.

—Publishes Kingdom of the SIck: A History of Leprosy and Japan (Hawaii Press, 2019) 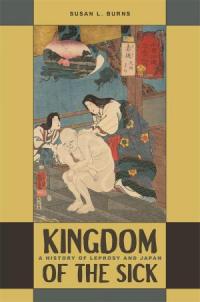 —Co-edits Gender and Law in the Japanese Imperium (Hawaii, 2014) with Barbara J. Brooks 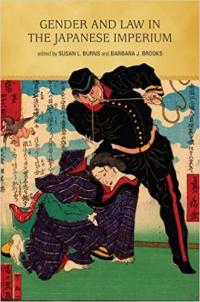 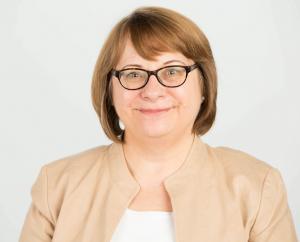