Currently the James Westfall Thompson Professor Emeritus of American and African American History at the University of Chicago, Tom Holt has a longstanding professional interest in comparing the experiences of people in the African diaspora, particularly those in the Caribbean and the United States. His study of Jamaica's economy, politics, and society after slavery, The Problem of Freedom: Race, Labor, and Politics in Jamaica and Britain, 1832–1938, (Johns Hopkins, 1992) was awarded the 1995 Elsa Goveia Prize by the Association of Caribbean Historians. The Southern Historical Association awarded the 1978 Charles S. Sydnor Prize to Prof. Holt's previous work on the comparable period in the American South after emancipation, Black Over White: Negro Political Leadership in South Carolina during Reconstruction (Illinois, 1977).

Prof. Holt was a fellow of both the John Simon Guggenheim Foundation and the Woodrow Wilson International Center for Scholars from 1987 to 1988. He received the Wilbur Cross Medal from Yale University in 2014 and the Presidential Initiatives Award from the University of Michigan from 1987 to 1989. From 1990 to 1995, Prof. Holt held a John D. and Catherine T. MacArthur Fellowship and from 1995 to 1996 was a fellow in the Center for Advanced Study in the Behavioral Sciences at Stanford University.

Prof. Holt has been a member of the editorial boards of the Journal of Southern History (1983–86), Slavery & Abolition (1986–89), and American Historical Review (1990–93). Other honors bestowed upon Prof. Holt include his election to the American Philosophical Society in 2016, to the American Academy of Arts and Sciences in 2003, and to the Board of Directors of the American Council of Learned Societies from January 1999 to May 2002, his appointment by President Clinton to the Council of the National Endowment for the Humanities from 1994 to 1997, and his presidency of the American Historical Association from 1994 to 1995. Professor Holt, who holds a PhD in American Studies from Yale University, has taught at Howard University, Harvard University, the University of California, Berkeley, and the University of Michigan.

Prof. Holt's most recent book, The Movement: The African American Struggle for Civil Rights (Oxford, 2021), "provides an informed and nuanced understanding of the origins, character, and objectives of the mid-twentieth-century freedom struggle, privileging the aspirations and initiatives of the ordinary, grassroots people who made it. Holt conveys a sense of these developments as a social movement, one that shaped its participants even as they shaped it. He emphasizes the conditions of possibility that enabled the heroic initiatives of the common folk over those of their more celebrated leaders. This groundbreaking book reinserts the critical concept of 'movement' back into our image and understanding of the civil rights movement." The Movement is now available in French, as Le Mouvement: La lutte des Africains-Américains pour les droits civiques (La Découverte, 2021), translated by Jean-Claude Zancarini.

Children of Fire: A History of African Americans  (Hill & Wang, 2010), examines the four hundred year history of African Americans in Britain's North American colonies and the United States. "[Holt] questions previous authors' attempts at pigeonholing African American history into 'neat chronological boxes,' much preferring to recount it in 'generational units' in order to reveal how lives transcend historically imposed time periods" (Kirkus Reviews). The Problem of Race in the Twenty-first Century (Harvard, 2002) draws on his thirty years of teaching and research to explore the future of race relations in America. It has foremost among its concerns "the contradictions and incoherence of a system that idealizes black celebrities in politics, popular culture, and sports even as it diminishes the average African American citizen.[...] Understanding race as ideology, he describes the processes of consumerism and commodification that have transformed, but not necessarily improved, the place of black citizens in our society." 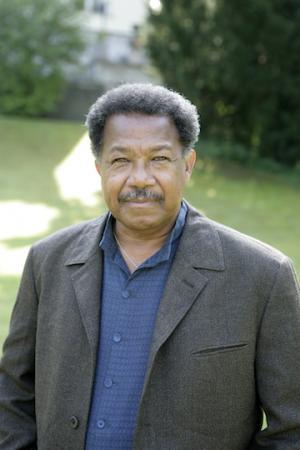