Although he retired in 2007, William Sewell still teaches the occasional course and is a resident fellow of the Chicago Center for Contemporary Theory. He is a founding editor of Critical Historical Studies, published by the University of Chicago Press. He has long been interested in the intersection between history and social theory. His most recent book, Logics of History: Social Theory and Social Transformation (Chicago, 2005), won an award in 2008 from the American Sociological Association for the best recent book in sociological theory. Most of his historical work has focused on modern France. He is currently working on the social and cultural history of capitalism in eighteenth-century France but has made a few forays into the history of contemporary capitalism. In 2004 Sewell was elected a fellow of the American Academy of Arts and Sciences. He served as a trustee of the Institute for Advanced Study (2009–14) and as president of the Social Science History Association (2011–12).

—“Connecting Capitalism to the French Revolution: The Parisian Promenade and the Origins of Civic Equality in Eighteenth Century France." Critical Historical Studies 1, no. 1 (2014): 5–46.
—“Economic Crises and the Shape of Modern History,” Public Culture 24, no. 2 (2012): 303–27.
—“A Strange Career: The Historical Study of Economic Life,” History and Theory 49, no. 4 (2010): 146–66.
—“The Rise of Capitalism and the Empire of Fashion in Eighteenth-Century France,” Past and Present 206, no.1 (2010): 81–120.
—“The Temporalities of Capitalism,” Socio-Economic Review 6, no. 3 (2008): 517–37.
—“Space in Contentious Politics.” In Silence and Voice in the Study of Contentious Politics, edited by Ronald Aminzade, Doug McAdam, Elizabeth Perry, William H. Sewell, Jr., Sidney Tarrow, and Charles Tilly, 51–89. Cambridge: Cambridge University Press, 2001.
—"The Concept(s) of Culture." In  Beyond the Cultural Turn: New Directions in the Study of Society and Culture, edited by Victoria Bonnell and Lynn Hunt, , 35–61. Berkeley: University of California Press, 1999.
—"Historical Events as Transformations of Structures: Inventing Revolution at the Bastille." Theory and Society 25 (1996): 841–81.
—"Three Temporalities: Toward an Eventful Sociology." In The Historic Turn in the Human Sciences, edited by Terrence J. McDonald, 245–80. Ann Arbor:University of Michigan Press, 1996.
—"Toward a Post-Materialist Rhetoric for Labor History." In Rethinking Labor History: Essays on Discourse and Class Analysis, edited by Lenard R. Berlanstein, 15–38. Urbana: University of Illinois Press, 1993.
—“Collective Violence and Collective Loyalties in France: Why the French Revolution Made a Difference.” Politics and Society 18 (1990): 527–52. 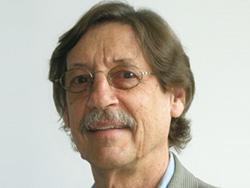