Associate Professor of Early Modern European History and the College

Early modern Europe; the Renaissance, with a focus on Italy; the Reformation; longue-durée intellectual and cultural history; postclassical reception of classical philosophy; Renaissance humanism; history of the book, printing, and reading; censorship and information control especially during information revolutions; history of science, religion, atheism, deism, heresy, and heterodoxy; intellectual continuities from the Renaissance to the Enlightenment; reception of Epicureanism, atomism, Stoicism, Skepticism, Platonism, and Neoplatonism

My research on intellectual history, or the history of ideas, is my way of exploring how history and thought shape each other over time. The Italian Renaissance is a perfect moment for approaching this question because at that point the ideas about science, religion, and the world that had developed in the Middle Ages suddenly met those of the ancient world, reconstructed from rediscovered sources. All at once many beliefs, scientific systems, and perceived worlds clashed, mixed, and produced an unprecedented range of new ideas, which in turn shaped the following centuries and, thereby, our current world.

My first book, Reading Lucretius in the Renaissance, explores scholars' use of Lucretius's Epicurean didactic poem De Rerum Natura from its rediscovery in 1417 to 1600, focusing on the challenges its atomistic physics posed to Christian patterns of thought. In a period when atheism was often considered a sign of madness, the sudden availability of a sophisticated system that explained natural phenomena in nontheistic ways and that argued powerfully against the immortality of the soul, the afterlife, and a creator God threatened to supply the one weapon unbelief had lacked in the Middle Ages: good answers. At the same time, humanist scholars who idealized ancient Rome were eager to study a poem whose language and structure so often anticipated their beloved Aeneid. My book uncovers humanist methods for reconciling Christian and pagan philosophy and shows how atomism and ideas of emergent order and natural selection, so critical to our current thinking, became situated in Europe's intellectual landscape at the beginning of the scientific transformations of the seventeenth century. In it I employ a new quantitative method for analyzing marginalia in manuscripts and printed books, whose results expose how changes in scholarly reading practices over the course of the sixteenth century, fostered by the growth of printing, controlled the circulation of texts and gradually expanded Europe's receptivity to radical science, setting the stage for the scientific revolution.

My recent work on the Renaissance has focused on classical transformations, i.e., how, thanks to humanist enthusiasm for reconstructing the golden age of ancient Greece and Rome, material received from the classical and medieval worlds was transformed in Renaissance hands and in turn transformed the Renaissance world. I am working on a long-term project on the imagined antiquity believed in by Renaissance humanists, and how their efforts to reconstruct the ancient world aimed, not at the ancient world as we now understand it, but at a very different ancient world whose character can be reconstructed from Renaissance paratexts, imitations, paintings, period translations, biographies of ancients, forgeries, and spuria which we often dismiss today as simple errors. Along with the Classical Transformations Group at Texas A&M University and the Transformationen der Antike group at the Humboldt-Universität zu Berlin, I am working to change the way we think about reception studies, and bring greater attention to how each period transforms and is transformed by the materials it inherits from earlier eras.

Much of my research has been conducted in rare books libraries, especially in Rome and Florence, where I worked with Renaissance copies of classical texts, both manuscripts and printed books. I have been a Fulbright scholar in Italy and a graduate reader and later a fellow at the Villa I Tatti Harvard University Center for Italian Renaissance Studies. I completed my PhD and graduate teaching at Harvard University, and taught at Texas A&M University before coming to the University of Chicago. My article "Reading Lucretius in the Renaissance" (Journal of the History of Ideas, 73:3, [July 2012]: 395–416) won the 2013 I Tatti Prize for Best Article by a Junior Scholar.

All my projects stem from my overall interest in the relationship between ideas and historical change. Our fundamental convictions about what is true evolve over time, so different human peoples have, from their own perspectives, lived in radically different worlds. The universe which Thomas Aquinas thought he occupied was not the universe in which Plato or Machiavelli or Freud believed they lived, and such beliefs in turn shaped the futures they tried to build out of what they inherited from the past. Our own current efforts to build the future are likewise predicated on what we believe is true, but what we believe is not what any past culture has believed, nor what any future cultures will believe.

I welcome graduate students in the Renaissance and early modern Europe, especially those interested in Italy or France, Rome and Florence, intellectual change, humanism, radicalism, the diffusion of knowledge, the reception of the classics, the history of the book, education, religion, magic, the Church, or the role of patronage. I also welcome students working on long-term projects which span two or more periods: ancient, medieval, early modern and modern. Students with strong language skills, especially Latin, are particularly welcome.

In addition to advising dissertations, I am happy to offer introductory and hands-on instruction to any student interested in working with rare books and manuscripts, especially students considering a career in library or museum work. My courses are designed to serve, not only specialists in my period, but also students who are studying later periods but want to examine the educational and intellectual background of the historical figures they are examining, and students of classics and the ancient world who want to learn about the postclassical impact of their subjects. I am also deeply interested in the craft of writing and welcome any student interested in discussing and developing writing skills.

"The Recovery of Stoicism in the Renaissance." In The Routledge Handbook to the Stoic Tradition, edited by John Sellars, forthcoming.

"The Use and Defense of the Classical Canon in Pomponio Leto's Biography of Lucretius." In Vitae Pomponianae, Biografie di Autori Antichi nell’Umanesimo Romano (Lives of Classical Writers in Fifteenth-Century Roman Humanism), proceedings of a conference hosted by the Danish Academy in Rome and the American Academy in Rome, April 24, 2013, to be published in Renaessanceforum (Forum for Renaissance Studies, Universities of Aarhaus & Copenhagen), forthcoming 2014.

—"Why Trump's Decision to Intervene in Campus Speech Policies Is So Dangerous," op-ed, Washington Post, Mar. 28, 2019.
—"Why Is Silcon Valley So Obsessed with the Virtue of Suffer?" New York Times,  Mar. 26, 2019.
—"How #Article13 Is Like the Inquisition: John Milton against the EU #CopyrightDirective," Boing Boing, Mar. 24, 2019
—Profile in the university's alumni magazine
—Reviews Enlightenment Now for Harvard Magazine
—Launches censorship research project with Adrian Johns
—Q&A with Chicago Magazine on third novel
—NPR reviews Too Like the Lightning
—Scientific American interview with Palmer about her novel
—Edits Volume of Student Essays as Part of Graduate Colloquium
—Publishes Reading Lucretius in the Renaissance (Harvard, 2014) 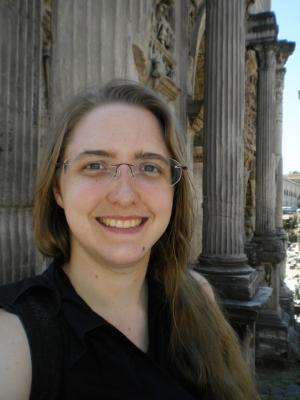